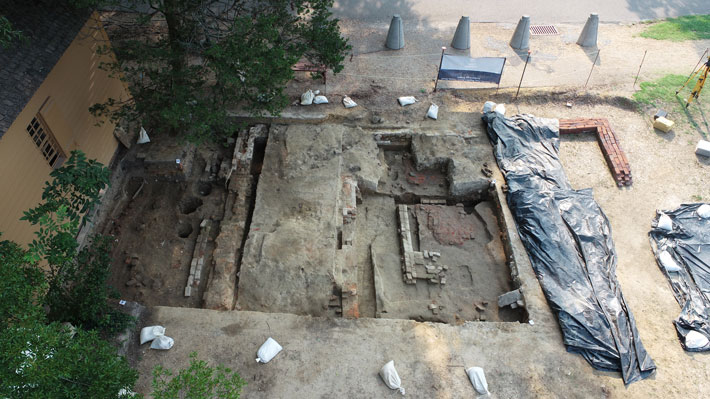 WILLIAMSBURG, VIRGINIA—The Virginia Gazette reports that the foundation of the first permanent church structure used by the congregation of First Baptist Church has been uncovered in Colonial Williamsburg on South Nassau Street. The First Baptist Church congregation was founded in 1776 by free and enslaved African Americans who met outdoors until this church building was donated to them by a white admirer in 1818. An 1817 coin was also uncovered at the site, added archaeologist Jack Gary. The structure, destroyed by a tornado in 1834, measured 20 feet long and 16 feet wide. The researchers have also uncovered traces of a second church structure erected on the site in 1856, and at least 25 burials. To read about a community in Civil War–era Virginia that was established by fugitive slaves, go to "Letter from Virginia: Free Before Emancipation."