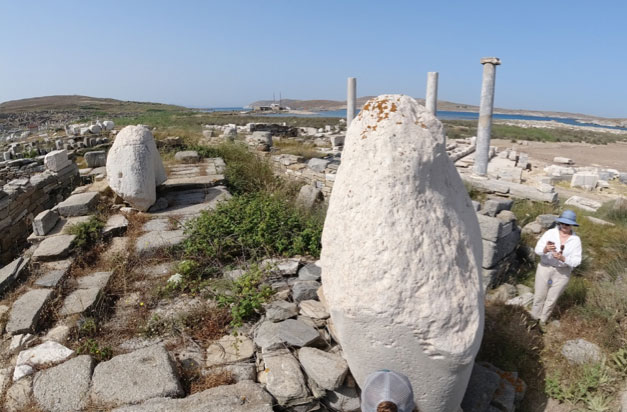 PORTLAND, OREGON—According to a statement released by the Geological Society of America, a 33-foot-tall statue of Apollo found on the Greek island of Delos was carved from marble quarried on the nearby island of Naxos sometime between 800 and 480 B.C. Scott Pike of Willamette University said that an inscription on the base of the kouros reading “from the Naxians, to Apollo” offered a clue, and there are still large kouroi in situ in two quarries in the northern part of the island. But Pike found small bands of white marble on the southern end of the island, some of which are close to archaeological sites. Chemical analysis of the stone matched two of these small quarries on southern Naxos to the Apollo kouros at Delos, he explained. Marble from such small, early quarries may have been the source for older Bronze Age sculptures, he added. To read about a sanctuary on a Greek island that was home to an ancient mystery cult, go to "Secret Rites of Samothrace."