How Much Gold Is in That Roman Coin? 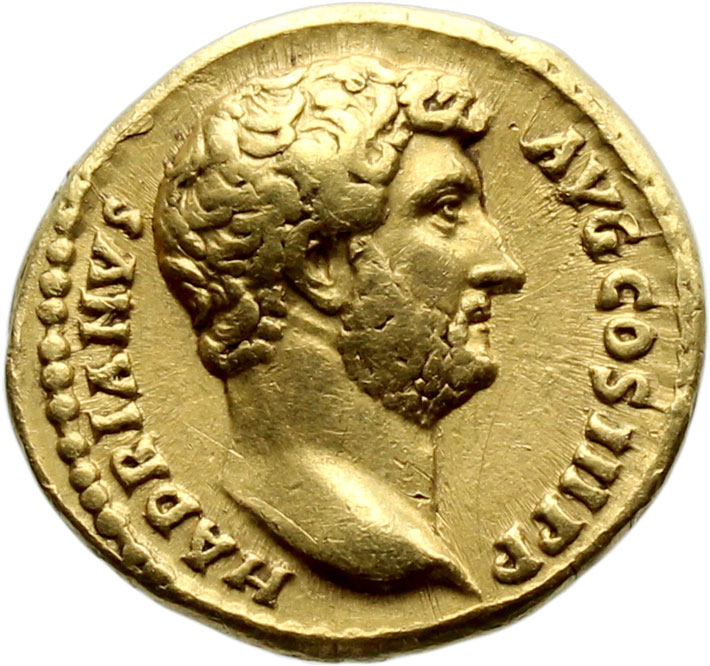 OXFORDSHIRE, ENGLAND—According to a statement released by the Science and Technology Facilities Council, three Roman coins were analyzed at the Science and Technology Facilities Council’s ISIS Neutron and Muon Source. One was minted in the early first century A.D., during the reign of the emperor Tiberius; one in the mid-second century A.D., during the reign of Hadrian; and one in the mid-fourth century A.D., during the reign of Julian II. All of the coins appeared to be made of gold, but had their surfaces been enriched in order to cover a core made from less valuable metal? The scientists used muonic X-ray emission spectroscopy to fire negative subatomic particles at the coins. The muons, captured by the coins’ atoms, emitted a “fingerprint” of muonic X-rays, which allowed the researchers to identify the elements in the coins. George Green of the University of Oxford said the nondestructive test showed that the coins’ exteriors are representative of the high purity of gold on their interiors. The technique can be employed, he added, without cleaning and possibly damaging coins encrusted with layers of sediment, and reveal the depth of any layers of corrosion or chemical changes within an artifact. For more on Roman coins, go to "The Dovedale Hoard."