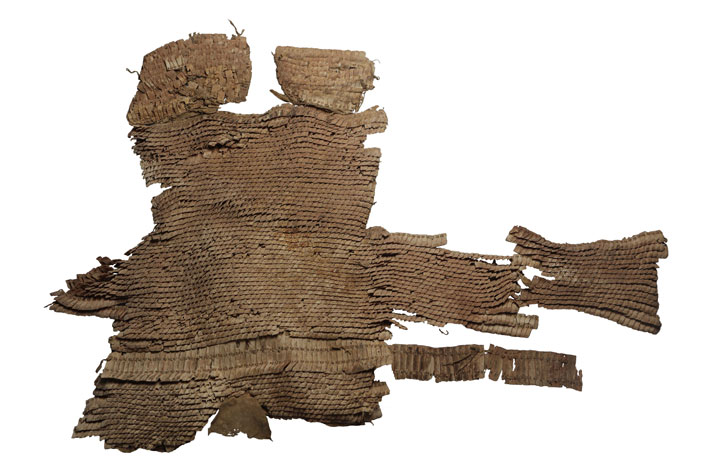 ZURICH, SWITZERLAND—According to a statement released by the University of Zurich, an international team of researchers led by Patrick Wertmann analyzed a nearly complete set of leather scale armor discovered in a tomb in an extremely arid region of northwestern China in 2013. The armor’s design indicates it was made in the Neo-Assyrian Empire, which included parts of what are now Iraq, Iran, Syria, Turkey, and Egypt, where such armor was developed in the ninth century B.C. for military use. Radiocarbon dated to between 786 and 543 B.C., the armor was made of more than 5,000 small leather scales and 140 larger ones sewn in horizontal rows onto backing material to protect a horseman’s torso, hips, sides, and lower back. And although it is unclear how the armor ended up in a man’s tomb in China, Wertmann said it is evidence of the spread of technology across the Eurasian continent. Read the original scholarly article about this research in Quaternary International. To read about 2,000-year-old bronze mirrors unearthed at a cemetery in Xi'an, China, go to "Mirror, Mirror."