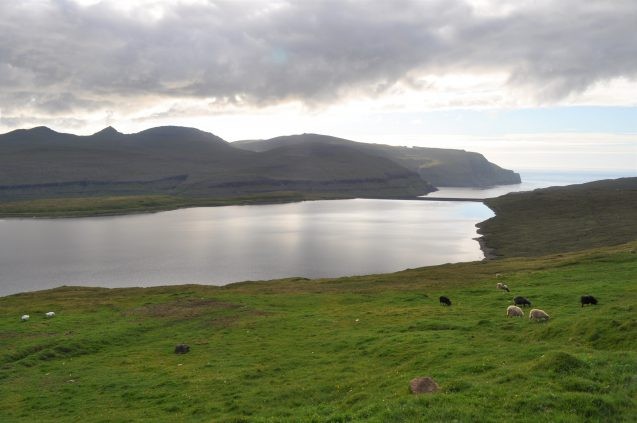 NEW YORK, NEW YORK—BBC News reports that a team led by Lorelei Curtin of the University of Wyoming and William D’Andrea of Columbia University detected fragments of sheep DNA and chemical residues of sheep feces in sediments from a lake on Eysturoy, one of the Faroe Islands that are located about halfway between Iceland and Norway in the North Atlantic. Dating of the evidence indicates that livestock were carried to the remote spot around A.D. 500. It had been previously thought that Scandinavians were the first to reach the islands in the ninth century, when the Vikings began to sail long distances. “We still really don’t know who the people were and why they chose to go to the Faroe Islands,” D’Andrea said. Read the original scholarly article about this research in Communications Earth & Environment. To read about DNA extracted from a 1,600-year-old mummified sheep leg uncovered in an Iranian salt mine, go to "Salty Snack."