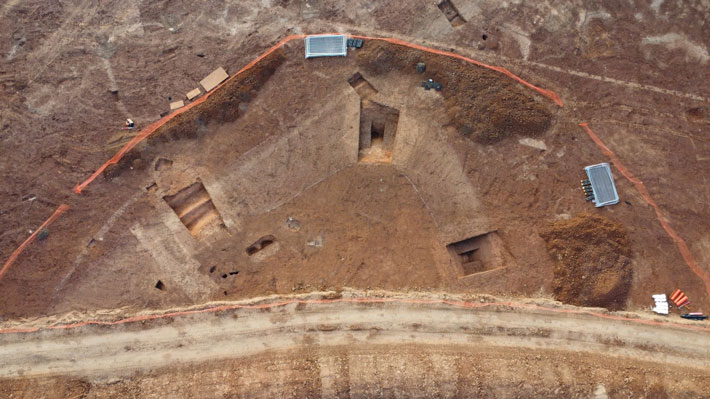 WORCESTERSHIRE, ENGLAND—The remains of an Iron Age settlement were uncovered in England’s West Midlands during a road construction project, according to a BBC News report. Pottery at the site, which was first spotted with aerial photography, has been dated from 300 to 100 B.C. Further investigation revealed a large ditched enclosure that may have been used to protect harvests. “It has given us a vital glimpse into what life would have been like in the Iron Age,” said Worcestershire Archaeology archaeologist Robin Jackson. To read about the earliest hoard of gold items found in England, go to "Iron Age Britain's Oldest Gold," one of ARCHAEOLOGY's Top 10 Discoveries of 2017.