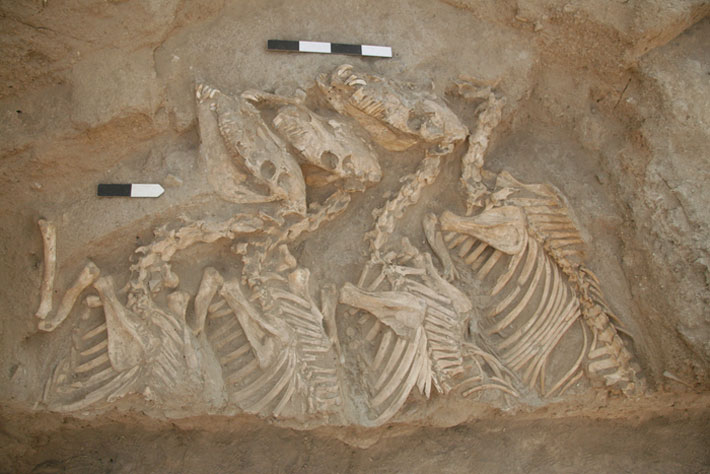 PARIS, FRANCE—Science News reports that analysis of a genome obtained from a 4,500-year-old equine skeleton discovered in northern Syria’s royal burial complex at Umm el-Marra suggests the animal had a donkey for a mother and a hemippe, a type of Asiatic wild ass that went extinct in 1929, for a father. The resulting hybrid animal could be a kunga, a horselike animal mentioned in texts written on clay tablets and depicted in Sumerian artwork several hundred years before horses arrived in the region. Paleogeneticist Eva-Maria Geigl of Institut Jacques Monod explained that donkeys can be timid and the Asiatic wild ass was untamable, but a hybrid of the two could have been valuable in warfare and useful for pulling wagons. Read the original scholarly article about this research in Science Advances. For more on kunga burials, go to "Mesopotamian War Memorial."