New Thoughts on the Migration Out of Africa and Into Arabia 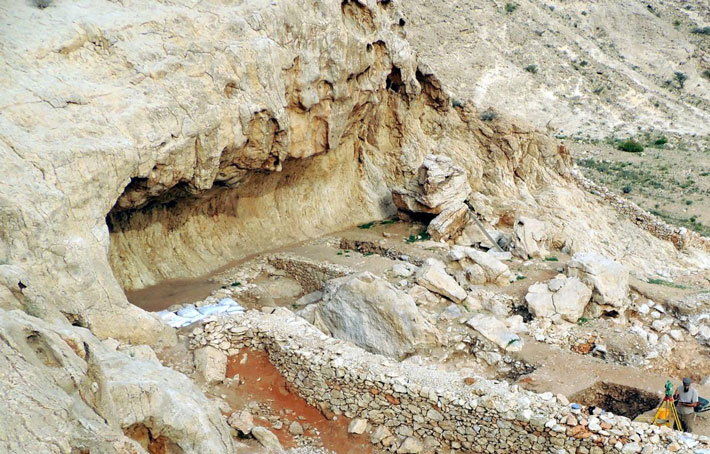 FREIBURG, GERMANY—According to a statement released by the University of Freiburg, Paleolithic people repeatedly occupied Jebel Faya, a rock shelter site in southern Arabia, between 210,000 and 120,000 years ago. An international team of researchers, including Knut Bretzke of the University of Tübingen, Adrian Parker of Oxford Brookes University, and Frank Preusser of the University of Freiburg, dated the phases of occupation of the cave with luminescence dating, which determines when quartz grains in layers of sediment were last exposed to daylight, and then reconstructed the paleoenvironments for the different time periods. The researchers determined that the rock shelter was occupied during times of extremely dry and wetter climate conditions. It had been previously thought that migrants out of Africa avoided traveling through Arabia during such dry phases. “We think that the unique interplay of human behavioral flexibility, the mosaic landscapes of southeastern Arabia, and the occurrence of brief spells of more humid conditions enabled the survival of these early human groups,” Bretzke explained. Read the original scholarly article about this research in Scientific Reports. To read about life-size animal reliefs carved in northern Arabia in the sixth millennium B.C., go to "Oldest Animal Art," one of ARCHAEOLOGY's Top 10 Discoveries of 2021.