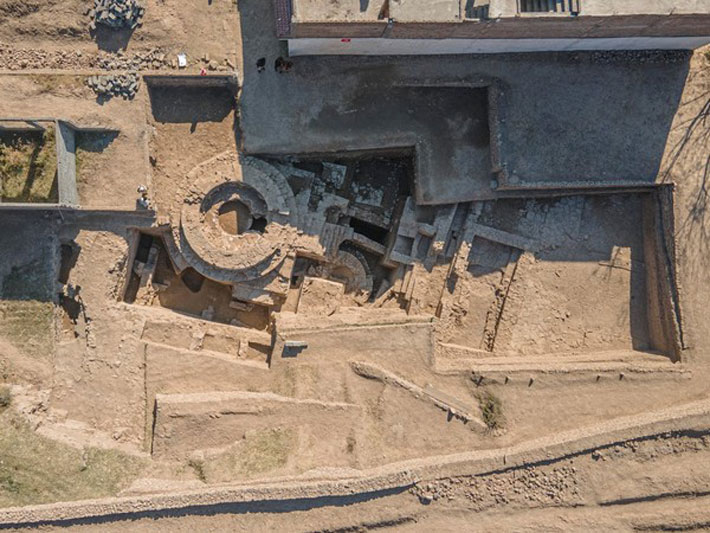 BARIKOT, PAKISTAN—According to a Live Science report, traces of one of the earliest Buddhist temples in northwestern Pakistan’s ancient Gandhara region have been discovered in the center of the city of Barikot by a team of Pakistani and Italian researchers led by Luca Maria Olivieri of Ca’ Foscari University of Venice. The temple remains have been dated to the middle of the second century B.C., and consist of a platform topped by a stupa still standing about ten feet tall, a smaller stupa, a room for monks, a staircase, the podium of a monumental pillar or column, vestibule rooms, and a public courtyard. The temple was built along a road that led to the city’s main Buddhist monument—a 65-foot-wide stupa. Coins, jewels, seals, pottery, and statues bearing inscriptions have also been uncovered at the site, Olivieri said. Remains of a temple that may have been constructed as early as the third century B.C. are thought to rest beneath the structure. For more on archaeology in the Swat Valley, go to "Burials and Reburials in Ancient Pakistan."