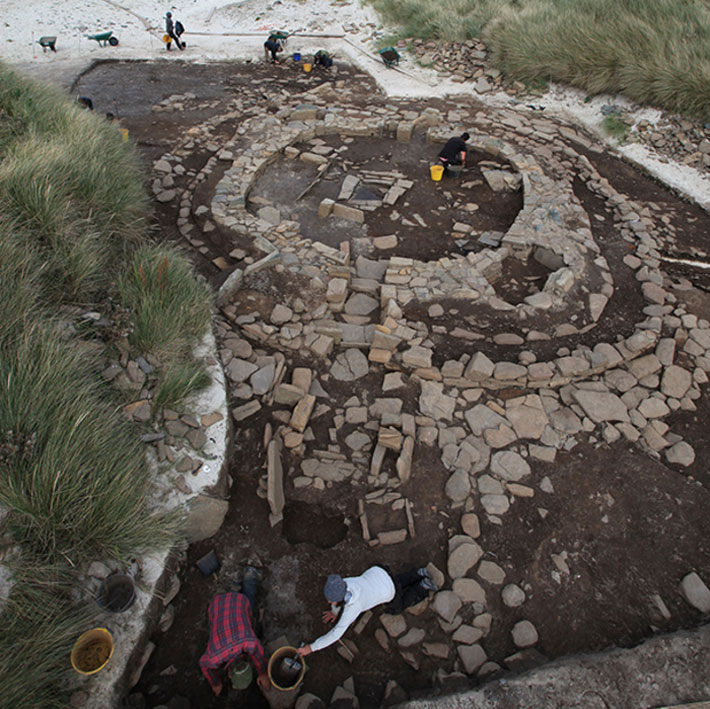 HUDDERSFIELD, ENGLAND—According to a statement released by the University of Huddersfield, a DNA study of remains unearthed at the Links of Noltland site on the island of Westray indicates that immigrants to Scotland’s Northern Isles in the Early Bronze Age replaced much of the local population. It had been previously thought that the Neolithic cultural center on Orkney became more isolated as Europe entered the Bronze Age. The immigrants, who descended from pastoralists from the steppes north of the Black Sea, likely spoke Indo-European languages. DNA studies of remains in Europe suggest this wave of migration was led by men who mixed with local women. But in Orkney, Martin Richards of the University of Huddersfield and his colleagues found that the newcomers were mostly women who mixed with male lineages from the local Neolithic population. These male Neolithic lineages dwindled during the Iron Age, however, and are very rare today, Richards explained. Archaeologists Graeme Wilson and Hazel Moore suggest that Orkney’s self-sufficient farmsteads may have been stable enough to survive and negotiate with the new arrivals. “This shows that the third-millennium B.C. expansion across Europe was not a monolithic process but was more complex and varied from place to place,” concluded team member George Foody. To read about other recent archaeological research done on Orkney, go to "What's in a Norse Name?"