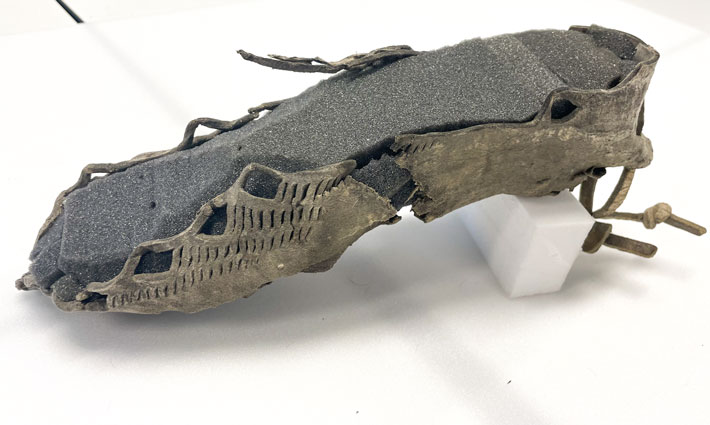 HAMAR, NORWAY—According to a Live Science report, an ancient sandal was discovered on a mountain in Norway in 2019 after a hiker spotted it in melting ice and alerted archaeologist Espen Finstad of Secrets of the Ice. Finstad and his colleagues were able to retrieve the artifact within one day, before a snowstorm in the weather forecast would blanket the artifact. “Then it could take many years before it melted out again,” Finstad said. The footwear, which has been radiocarbon dated to A.D. 300, followed the Roman style and was probably worn with scraps of fabric or animal skin to keep the feet warm, he explained. The variety of artifacts found in the area suggests the mountain path connecting inland Norway to the coast was used for hundreds of years. To read about more artifacts the team has recovered from the ice in the mountains of Norway, go to "Melting Season."