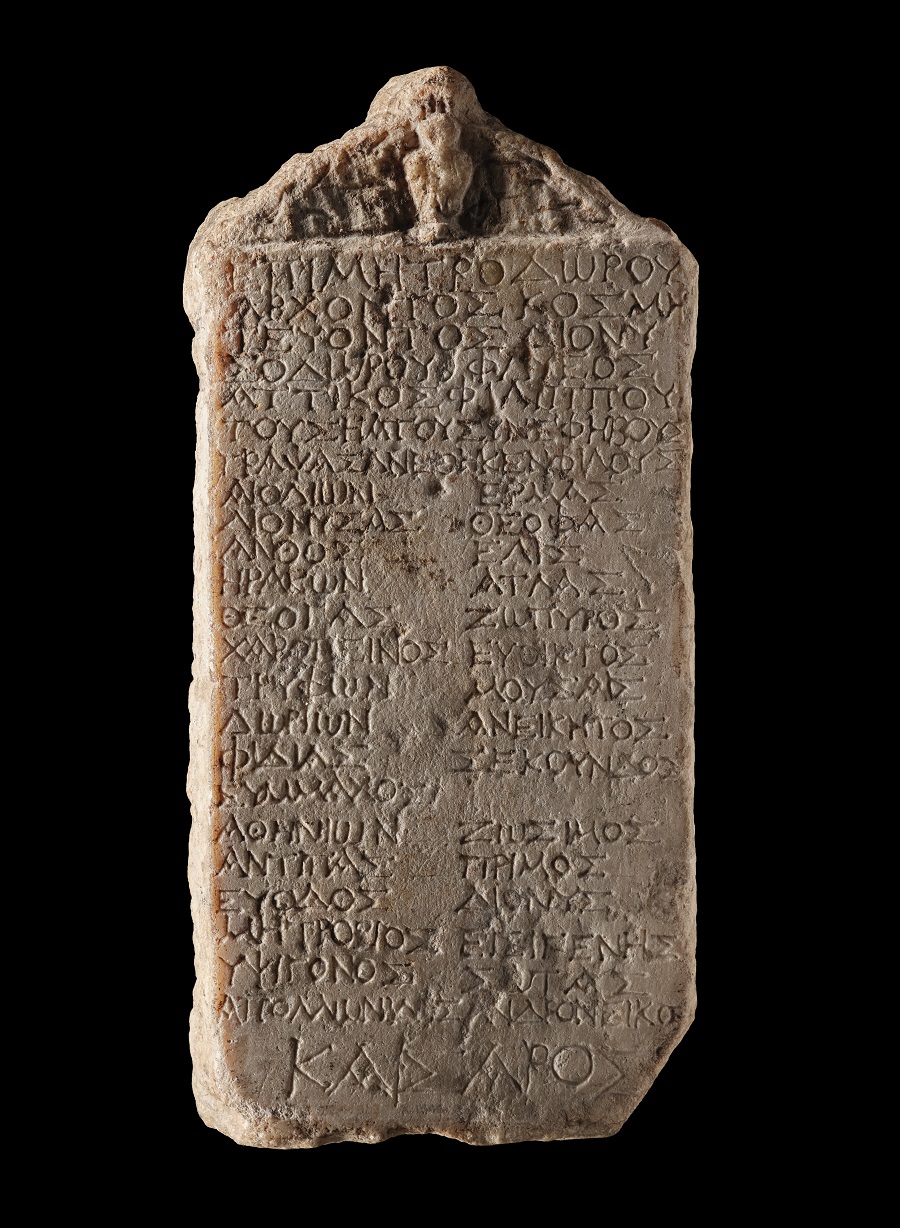 MANCHESTER, ENGLAND—Ekathimerini reports that Peter Liddel of the University of Manchester and his colleagues have translated an ancient Greek inscription on a marble slab that has been housed in a storeroom at the National Museum of Scotland since the 1880s. “On seeing it we realized that this was not a copy of an already known inscription,” Liddel said. The text lists the names of 31 young men who attended the rigorous military academy in Athens known as the Ephebic College sometime between 41 and 54 A.D., during the reign of the Roman Emperor Claudius. The men called themselves co-ephebes, or co-cadets and friends, Liddel explained. “It also gives us among the earliest evidence for non-citizens taking part in the ephebate in this period,” he added. The marble slab may have been displayed in the college to promote a sense of camaraderie at the school.  To read about a sanctuary on a Greek island that was home to an ancient mystery cult, go to "Secret Rites of Samothrace."