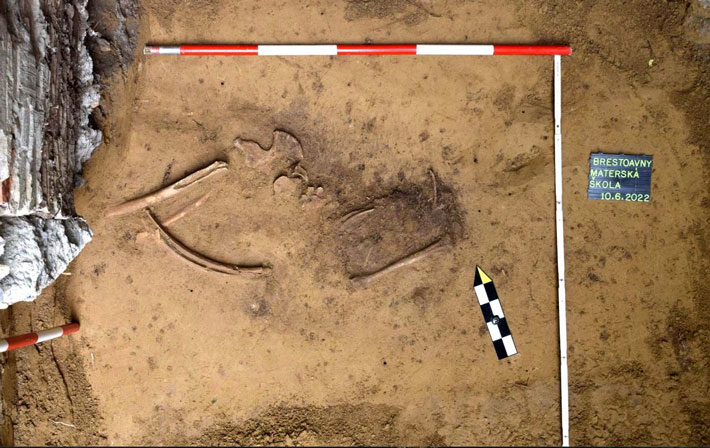 TRNAVA, SLOVAKIA—The Slovak Spectator reports that a 4,000-year-old grave of the Nitra culture was found during an investigation ahead of a construction project at a school in western Slovakia. The grave held the remains of a woman who had been placed on her left side in a flexed position. Bone beads, a copper bracelet, and two willow-shaped earrings were also recovered from the grave. “Uncovering the grave was a bit different than usual because all the classes of the local primary school and kindergarten arrived to watch our research and discoveries,” said archaeologist Peter Grznár. To read about investigations of the grave of a young woman buried in Denmark nearly 3,300 years ago, go to "Bronze Age Traveler."