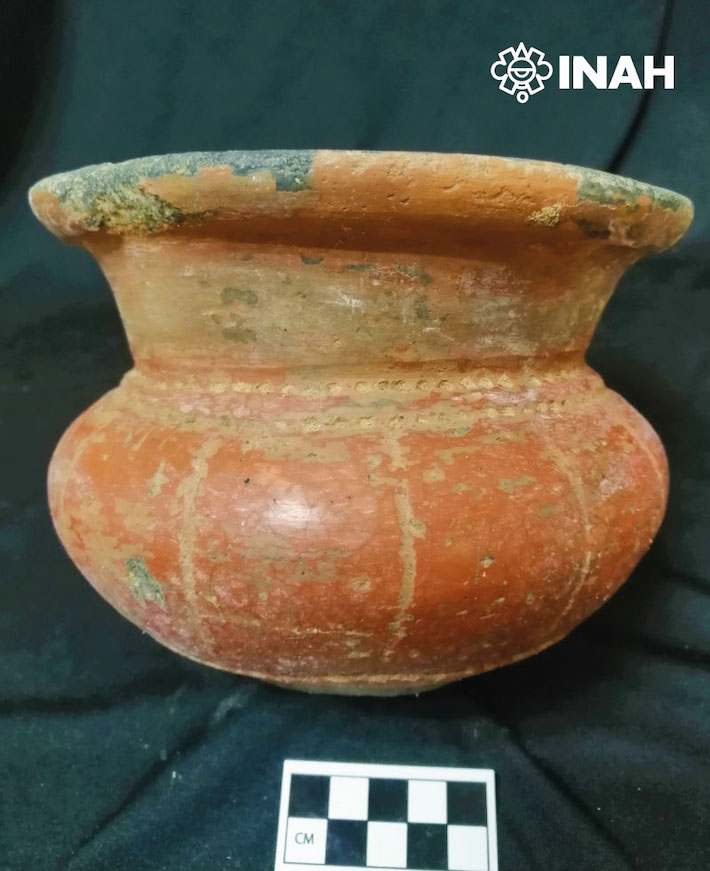 QUINTANA ROO, MEXICO—Mexico News Daily reports that an intact Maya pot estimated to be 2,000 years old has been found in a cave in Playa del Carmen, near southern Mexico’s Caribbean coastline. Biologist and speleologist Roberto Rojo found the pot partially submerged in sediment, and alerted archaeologists José Antonio Ryes Solís and Enrique Terrones González of Mexico’s National Institute of Anthropology and History. After they carefully photographed the pot and removed the surrounding sediment, the artifact was passed along a human chain to transport it safely out of the tight space. Reyes said the pot’s exterior is reddish in color while the inside is black. An image of a plant that may be a squash adorns the surface. “It’s partially covered by calcium carbonate, which is characteristic of materials recovered in caves,” he added. To read about archaeologists' efforts to reconstruct Maya mural paintings from thousands of fragments uncovered at the site of San Bartolo in Guatemala, go to "Piecing Together Maya Creation Stories."