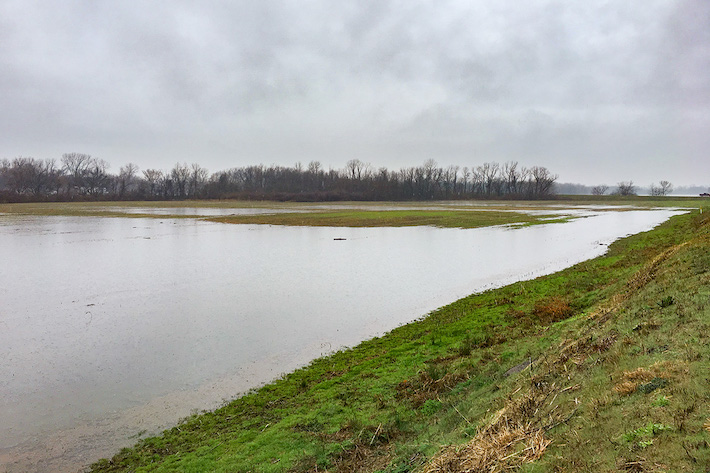 CHAMPAIGN, ILLINOIS—According to a statement released by the University of Illinois at Urbana-Champaign, one of the flat zones surrounding Monks Mound, a giant earthwork in the ancient city of Cahokia, may have been under water throughout most of the year. It had been previously thought the rectangular area had been used as open, communal space. Geoarchaeologist Caitlin Rankin explained that the city, built around A.D. 1050, rests on a floodplain below the confluence of the Mississippi and Illinois rivers. The north plaza, she added, is in an old meander scar of the Mississippi River, at a very low elevation. Rankin extracted sediment cores from the north plaza, and compared the carbon isotopes left behind by growing plants with the carbon isotopes in soil samples from wetlands, seasonal wetlands, and prairies in the region. The study suggests that the area was a wetland, although there may have been some seasonal dryness, Rankin said. To read about another discovery from Cahokia, go to "Breaking Cahokia's Glass Ceiling."