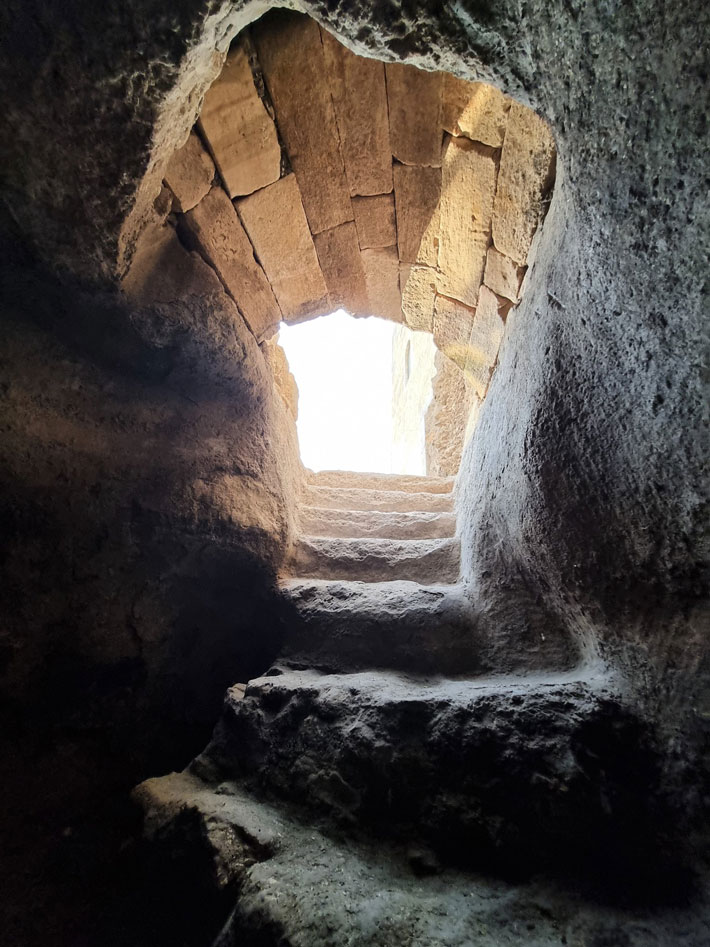 JERUSALEM, ISRAEL—The Associated Press reports that a first-century A.D. villa was discovered in Jerusalem during rescue excavations that preceded construction of an elevator that will increase access from the city's Jewish Quarter to the Western Wall. Hebrew University of Jerusalem archaeologists Oren Gutfeld and Michal Haber unearthed fragments of mosaics and ornate wall paintings that adorned the house, which also had a vaulted mikveh, or Jewish ritual bath, carved into the mountainside. They also found artifacts spanning a 2,000-year period of Jerusalem's history, including Islamic oil lamps, Ottoman pipes built into an ancient aqueduct, and bricks bearing the stamp of the Roman army's Tenth Legion that besieged and destroyed the city in A.D. 70. In the mid-second century A.D., the Romans rebuilt the ruined city as the colony of Aelia Capitolina. “This plot of land where the elevator is going to be built remained undisturbed, giving us the great opportunity of digging through all the strata, all the layers of ancient Jerusalem,” Haber said. To read about a Roman-era building excavated at the Western Wall, go to "Front Row Seats."