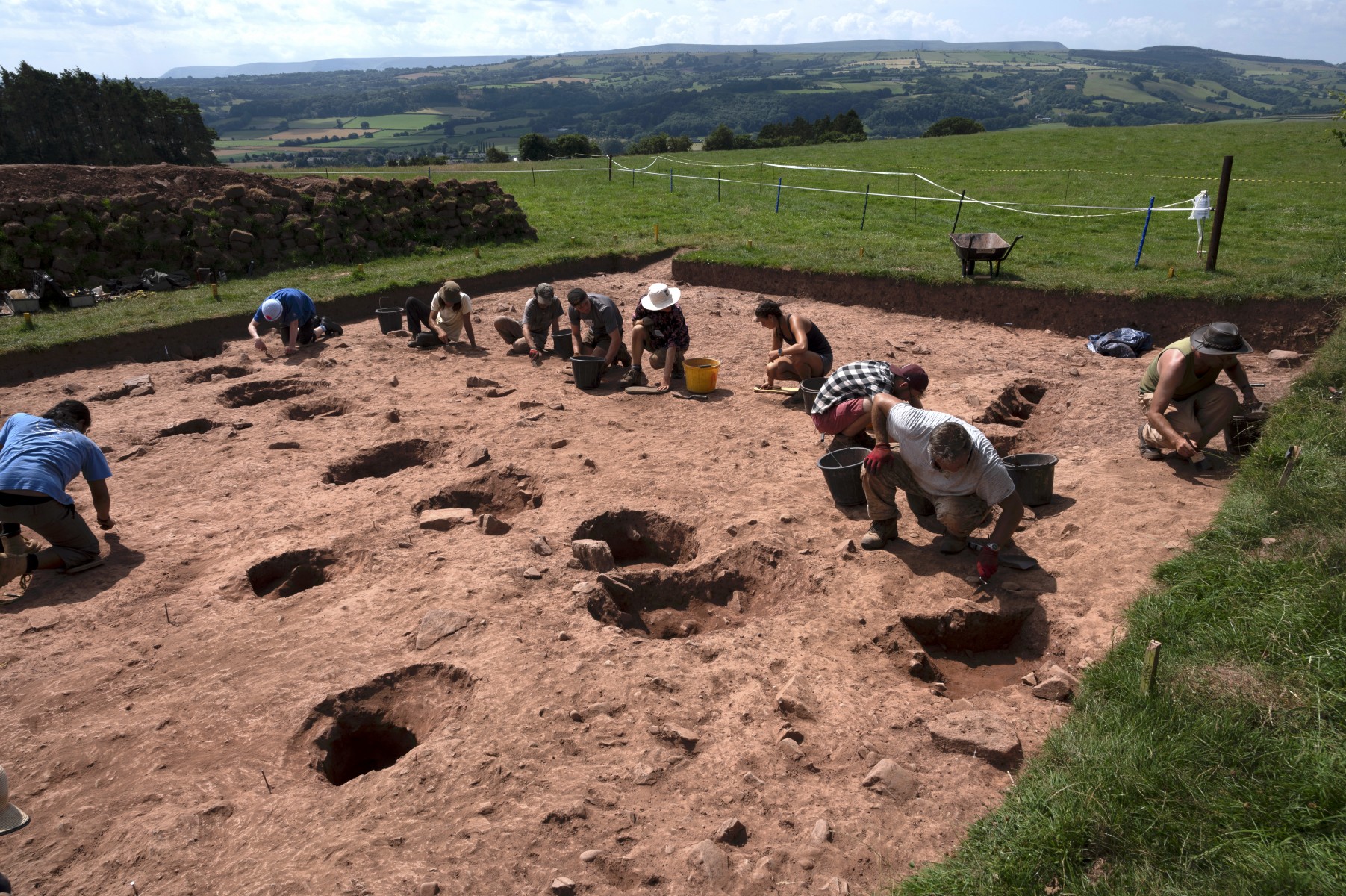 HEREFORDSHIRE, ENGLAND—The Guardian reports that archaeologists from the University of Manchester and English Heritage are excavating Arthur's Stone, a 5,000-year-old Neolithic-era burial chamber in the Welsh borderlands of western England. The tomb is a so-called chamber tomb formed by nine upright stone slabs and a large captstone that has been estimated to weigh more than 27 tons. The tomb has been linked to King Arthur since the medieval period. According to legend, Arthur slew a giant who left an impression of his elbow in one of the stones as he fell. In addition to uncovering what looks like a series of stone steps leading up to the tomb, the team has also discovered tools used by early farmers who may have built the monument. The team also employed drones to search for other Neolithic-era burial monuments and sites in the area that may have been related to Arthur's Stone. Archaeologist Julian Thomas of the University of Manchester believes that the contemporaneous Neolithic enclosed settlement of Dorstone Hill—which lies just one mile away—was related, and that Arthur's Stone may have been a meeting place for people in the area. To read more about the archaeology of Neolithic Britain, go to "Epic Proportions."