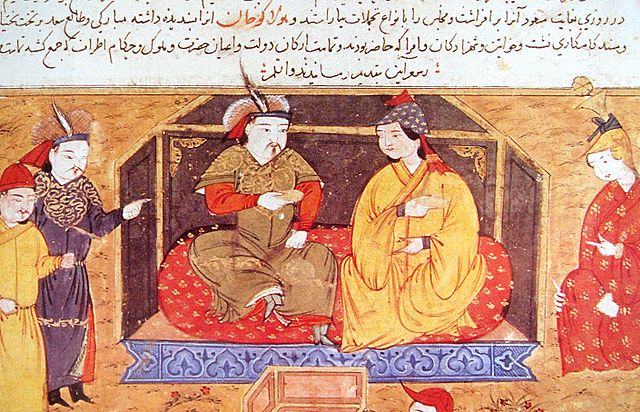 VAN, TURKEY—Artnet News reports that archaeologists in Turkey have uncovered the remains of an ancient palace that may have once belonged to Hulagu Khan, a grandson of Genghis Khan. The warlord, who lived from around A.D. 1217 to 1265, is most famous for his military exploits, including sacking Baghdad in 1258. A war between Hulagu Khan and other grandchildren of Genghis Khan over succession and plans for the Mongol Empire led to a split in 1259, after which point Hulagu Khan became the ruler of the Mongol Ilkhanid State in the Middle East. At its height, the Khanate included territory in what is now Iran, Azerbaijan, Turkey, Iraq, Syria, Armenia, Georgia, Afghanistan, Turkmenistan, Pakistan, Dagestan, and Tajikistan. Historical records indicate that sometime in the 1260s, Hulagu Khan built a summer palace in what is now the Van Province of Turkey. Archaeologists, who have yet to definitively tie any structural remains to Hulagu Khan's lost residence, have discovered ceramic fragments, bricks, roof tiles, as well as building foundations. Researchers led by archaeologist Ersel Çağlıtütuncigil of Turkey's Izmir Katip Çelebi University say that the evidence is the first of any architectural remains from the Ilkhanid State. Additionally, roof tiles bearing symols shaped like the letter S, as well as tamgas or swastika motifs—power symbols associated with Mongol Khans—have been discovered at the site. To read about the search for Genghis Khan's tomb, see "Genghis Khan, Founder of the Mongol Empire."