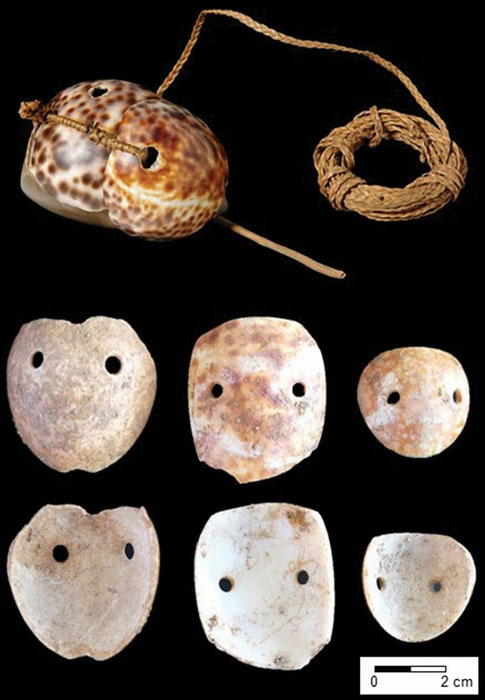 MANGILAO, GUAM—According to a statement released by the University of Guam, Chamorro people living throughout the Mariana Islands some 3,500 years ago made lures for hunting octopuses out of cowrie shells. Michael T. Carson of the University of Guam said that the artifacts date to the earliest occupation of the Mariana Islands, and suggests that they may be some of the oldest octopus lures ever found in the remote Pacific. The shells, which are grown by a type of sea snail that is a favorite food of octopuses, had been drilled with two holes, perhaps to connect them with a fiber cord to a stone sinker and a hook, Carson explained. However, it is not clear if the Chamorro people brought this technology with them to the Mariana Islands, or if they developed it after their arrival as they adapted to a new environment, he added. It had been previously thought that artifacts of this type may have been used for scraping and preparing breadfruit or other plant foods, such as taro. Read the original scholarly article about this research in World Archaeology. To read about one of the oldest known sites in Oceania, go to "World Roundup: Guam."