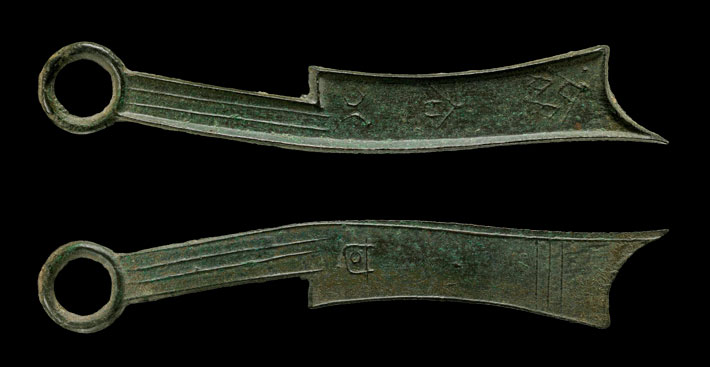 OXFORD, ENGLAND—CNN reports that Ruiliang Liu and A.M. Pollard have deciphered the names of two ingredients in a recipe for bronze recorded in the Kaogong ji, a 2,300-year-old Chinese text containing details about metal items such as swords and musical instruments. Jin and Xi, two of the main ingredients for bronze listed in the Kaogong ji, were thought to be the elements copper and tin, but attempts to follow the ancient recipes did not produce a match for the metal found in ancient artifacts. After a study of the composition of ancient Chinese coins, Liu and Pollard now think that Jin and Xi may have been the names of pre-mixed alloys combining copper, tin, and lead. “For the first time in more than 100 years of scholarship, we have produced a viable explanation of how to interpret the recipes for making bronze objects in early China given in the Kaogong ji,” Pollard concluded. Read the original scholarly article about this research in Antiquity. To read about bronze Buddhas recently unearthed in central China, go to "Made in China."