Periods of Drought May Be Linked to Fall of Maya Capital 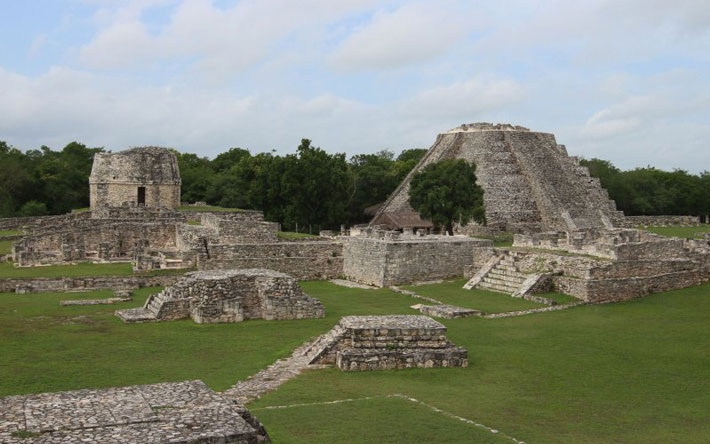 ALBANY, NEW YORK—According to a statement released by the University of Albany, prolonged drought may have contributed to the collapse of Mayapan, a Maya capital city located on Mexico’s Yucatán Peninsula that was inhabited by some 20,000 people from the thirteenth through the mid-fifteenth centuries. The city was abandoned after a rival political faction killed the ruling family. Marilyn Masson of the Proyecto Económico de Mayapan and an international team of researchers led by Douglas Kent of the University of California, Santa Barbara, found evidence of a massacre in mass graves, including bodies that had been buried with knives still in the wounds and remains that had been chopped up and burned. But dating of the bones with accelerator mass spectrometry revealed that these people had been slaughtered some 50 to 100 years before the city fell, as recorded in historical documents. Analysis of calcite deposits in nearby caves detected a period of drought that corresponds to a decline in population at Mayapan between 1350 and 1430. The rivals may have timed their attacks to take advantage of possible social unrest and food insecurity, Masson explained. Read the original scholarly article about this research in Nature Communications. To read about the rise and fall of the ancient city of Kaminaljuyú, go to "Letter from Guatemala: Maya Metropolis."