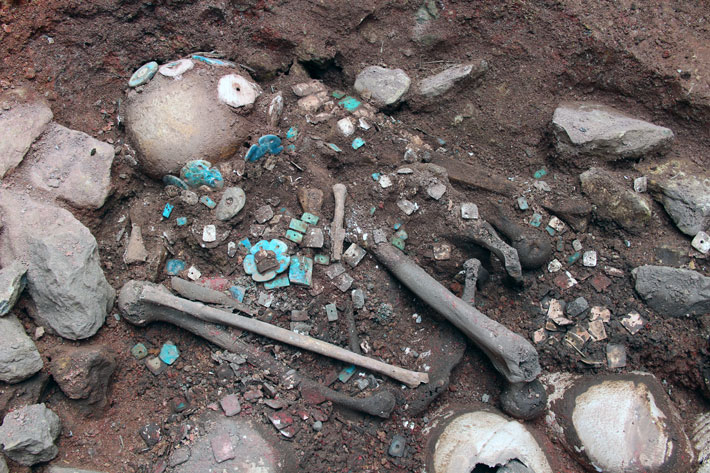 CAJAMARCA, PERU—Reuters reports that a 3,000-year-old tomb has been found in northern Peru’s Pacopampa archaeological site by archaeologist Yuji Seki. Pacopampa consists of a large ceremonial center constructed of cut and polished stone, and is known for the tomb of the so-called Lady of Pacopampa, who is thought to have been buried around 700 B.C., before the construction of the temple at the site. The newly discovered burial contains the remains of a man, musical instruments, and shells of large sea snails that lived in waters off the coast of Ecuador. “They were brought from a faraway place,” Seki said. “It could mean this person had a quite important religious power back then.” To read about a 3,000-year-old burial mound in northern Peru, go to "Letter from Peru: Connecting Two Realms."