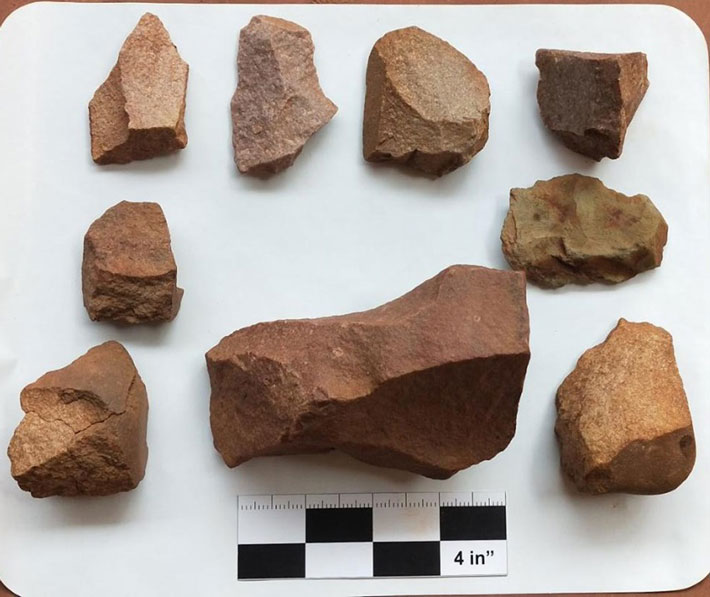 MAHARASHTRA, INDIA—Stone tools discovered at the cave site of Koloshi in western India may offer information about the people who created the nearby Konkan petroglyphs, according to a BBC News report. Led by Tejas Garge, Director of Archaeology & Museums for the Government of Maharashtra, excavations at the site are the first systematic investigation of the region's prehistory. Archaeologist Parth Chauhan of the Indian Institute of Science Education and Research (Mohali) said any residues found on the edges of the stone artifacts will be analyzed to try to determine how they were used. “It will take several months to find out the exact time period these stone tools belong to,” Chauhan said. “But right now, we can say that these artifacts are between 5,000 to 48,000 years old.” The more than 1,700 rock carvings found at 132 separate sites in the area depict animals, birds, human figures, and geometric designs. Their age remains unclear. For more on the Konkan petroglyphs, go to "India's Anonymous Artists."