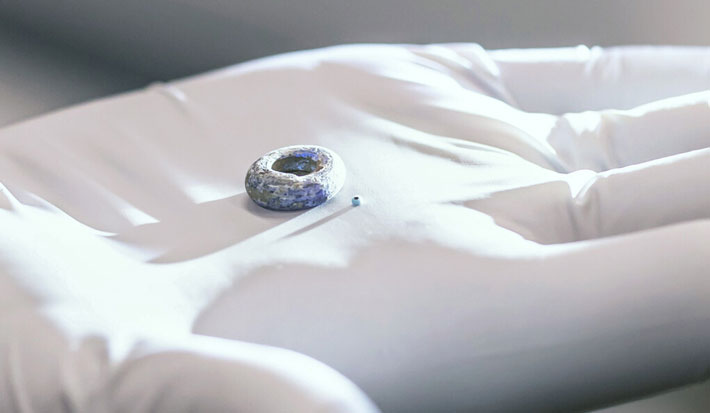 NEW HAVEN, CONNECTICUT—According to a statement released by Yale University, European traders in pursuit of gum copal, ivory, and enslaved people may have taken advantage of established trade routes when they arrived in eastern-central Africa. Anthropologist Jessica Thompson and her colleagues found glass beads at three sites, and cowrie shells at a fourth site in northern Malawi, more than 400 miles from the coast of the Indian Ocean. The shells, which have been radiocarbon dated to between 1,150 and 1,341 years old, are thought to have originated in the Indian Ocean, while chemical analysis of the beads with laser ablation indicates that all but one of them had been manufactured in Europe in the mid-nineteenth century. The last bead was likely produced in South Asia between the fifteenth and seventeenth centuries, and may have arrived in Africa long before the other beads. “This tells you that people were already trading through very complex routes from the Indian Ocean, over mountains and around lakes to inland communities at least 1,000 years before Europeans began documenting their experiences in the region,” Thompson said. To read about a Danish fortress in West Africa that was a hub of the transatlantic slave trade, go to "Letter from Ghana: Life Outside the Castle."