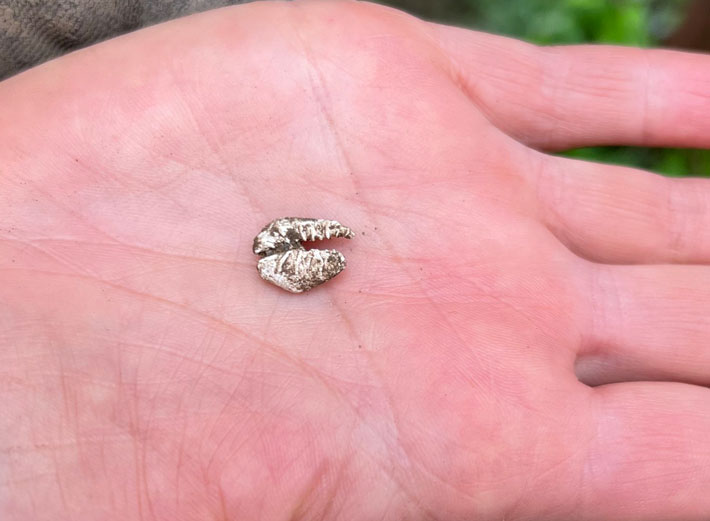 BOSTON, MASSACHUSETTS—City Archaeologist Joe Bagley, aided by volunteers, has begun an excavation in Boston’s Roxbury neighborhood at the original site of the Shirley-Eustis House, a country estate built in 1747, according to Boston.com. The mansion was home to William Shirley, the Royal Governor of Massachusetts Bay who later became Commander-in-Chief of all British and colonial forces in North America. So far, the team members have uncovered a cowrie shell, a type of shell from the Pacific region that was used as money in many parts of the world. In Boston, the shells are usually found in areas where enslaved people were housed. Historical documents indicate that at least five enslaved people, most of them children, lived at the site. The team members will look for their possible living quarters, which may have been placed over the stable and in the kitchen, in an area referred to in documents as a “dungeon,” with bottle glass windows and thick plank doors. “It is likely that if we find the original basement of the mansion house on the property, we will also be able to find these quarters, too,” Bagley said. To read about a seventeenth-century pottery fragment uncovered at another colonial house in Boston, go to "Artifact."