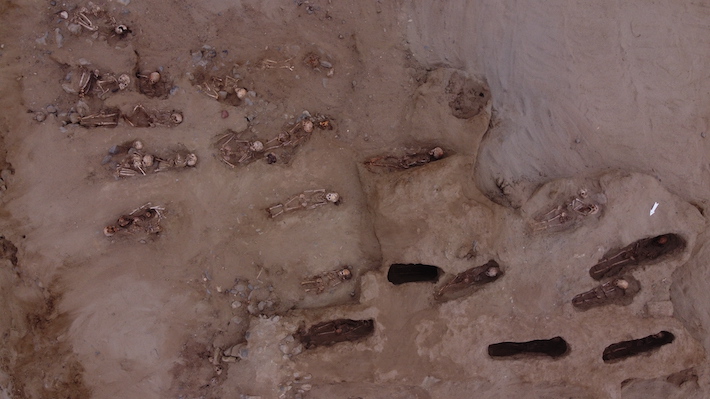 TRUJILLO, PERU—Andina News Agency reports that the remains of an additional 76 children have been found at the Chimu site of Pampa la Cruz, which is located near Peru’s northern coastline. Twenty-five of the graves were found in Mound I, while the other 51 were uncovered in Mound II. In all, the remains of 302 children have been unearthed in the area. Archaeologist Gabriel Prieto of the University of Florida said radiocarbon dating suggests that the children were killed in six sacrificial events between about A.D. 1050 and 1500. Another burial in Mound I held the remains of five women seated in a circle. For more on the child burials at Pampa la Cruz, go to "Peruvian Mass Sacrifice," one of ARCHAEOLOGY's Top 10 Discoveries of 2019.