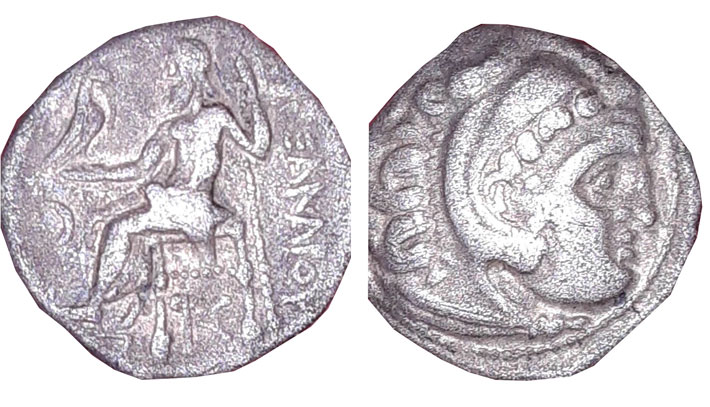 ZAGREB, CROATIA—Total Croatia News reports that a Greek coin dated to the end of the fourth century B.C. was discovered by hikers on a forest road in eastern Croatia’s Papuk Mountain after a heavy rainfall. The silver drachma shows Zeus enthroned with a bird on one side, and bears an image of Alexander the Great on the other. Archaeologist Hrvoje Potrebica said it was probably minted in the city of Kolophon in Asia Minor. Pottery fragments were also found. A nearby settlement where approximately 500 people lived along a trade route has been dated to the seventh century B.C. “This shows continuity on the political, economic, and cultural scene of over 300 years, which few can boast of today, let alone back then,” Potrebica commented. To read about the search for Alexander's tomb, go to "In Search of History's Greatest Rulers: Alexander the Great, King of Macedon."