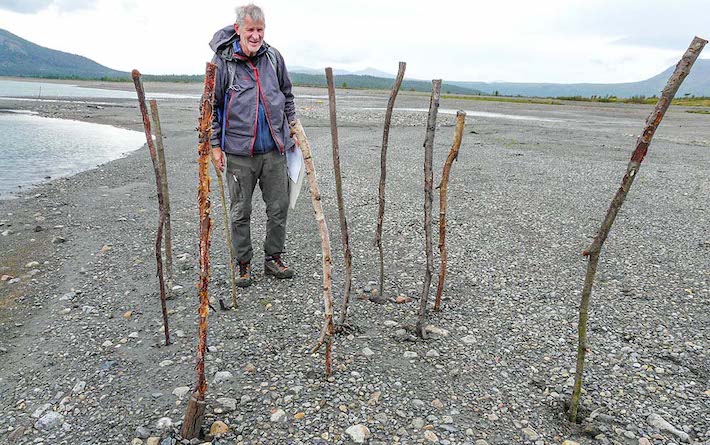 OSLO, NORWAY—Science Norway reports that poles from ancient fish traps were spotted this past summer in Lake Tesse, which is located in the mountains of southern Norway’s Jotunheimen National Park. One of the poles has been dated to 7,000 years ago, according to researchers from the Museum of Cultural History in Oslo. The arrangement of the poles suggests that there were at least three trapping chambers in the lake. Each chamber had guiding fences to lead the fish into the traps, where they could be collected from a boat or a wader. Additional study of the poles could reveal how many years the traps were used, how often they were repaired, and what time of year the repairs took place. Traces of Paleolithic settlements and evidence of reindeer hunting have been found close to the lake. To read about more finds from the Jotunheimen Mountains, go to "Letter from Norway: The Big Melt."