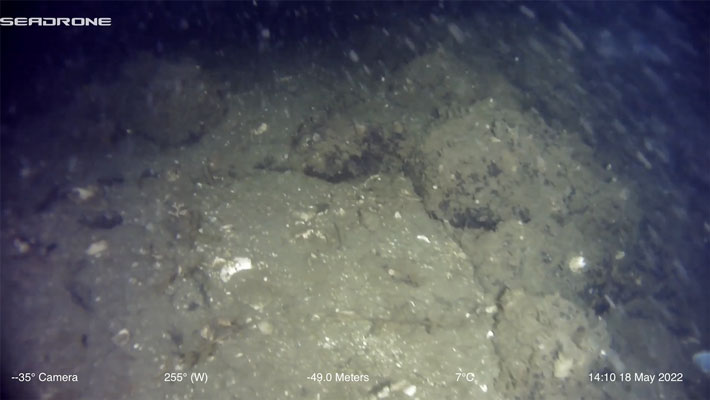 ANCHORAGE, ALASKA—The News Tribune reports that the one-foot-tall remains of a stone fish weir thought to have been built close to shore 11,100 years ago have been identified under 170 feet of water more than one mile off the coast of southeastern Alaska. The trap consists of five or six semi-circular structures each measuring about six feet wide. These structures are thought to have been maintained seasonally by restacking the rocks and perhaps even wooden stakes to form the walls. During high tide, the traps would have been covered with water, but when the tide receded, some salmon would have been left behind in the weir, where they could be caught with nets or spears. “It further substantiates the great antiquity of Native people in Southeast Alaska,” said Rosita Worl of the Sealaska Heritage Institute. “It also demonstrates that Native people had acquired knowledge about salmon behavior and migrations, then developed the technology to harvest a significant number of salmon,” she added. To read about excavations of a Yup'ik village in southwestern Alaska, go to "Cultural Revival."