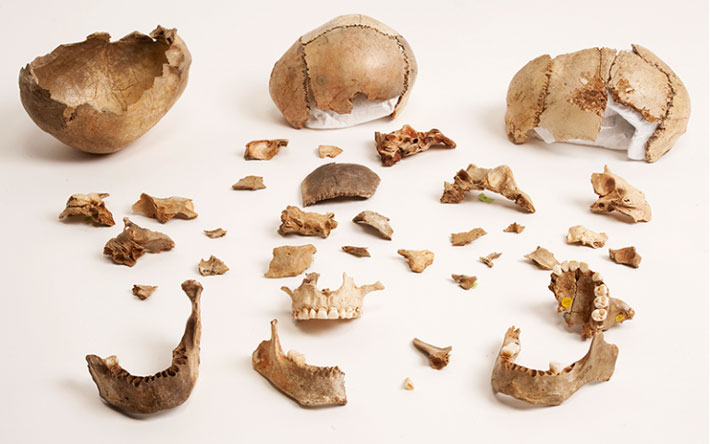 LONDON, ENGLAND—According to a statement released by University College London, radiocarbon dating and chemical and DNA analysis of samples obtained from remains found in southwestern England’s Gough’s Cave, and Kendrick’s Cave in North Wales, suggest that two distinct populations with their own cultural traditions migrated to Britain as temperatures warmed in northern Europe after the end of the last Ice Age. Researchers from University College London and the Francis Crick Institute said that the woman whose remains were found in Gough’s Cave ate a diet made up of red deer, wild cattle, and horses, and died about 15,000 years ago. She was descended from people who had come from northwestern Europe about 16,000 years ago. The man whose remains were found in Kendrick’s Cave consumed a diet of marine and freshwater foods, and died some 13,500 years ago. His ancestors came to Britain from the Near East some 14,000 years ago. Mateja Hajdinjak of the Francis Crick Institute said the study adds to the emerging picture of Europe’s dynamic Paleolithic population. Read the original scholarly article about this research in Nature Ecology & Evolution. To read about evidence for a lost Mesolithic world under the North Sea, go to "Letter from Doggerland: Mapping a Vanished Landscape."