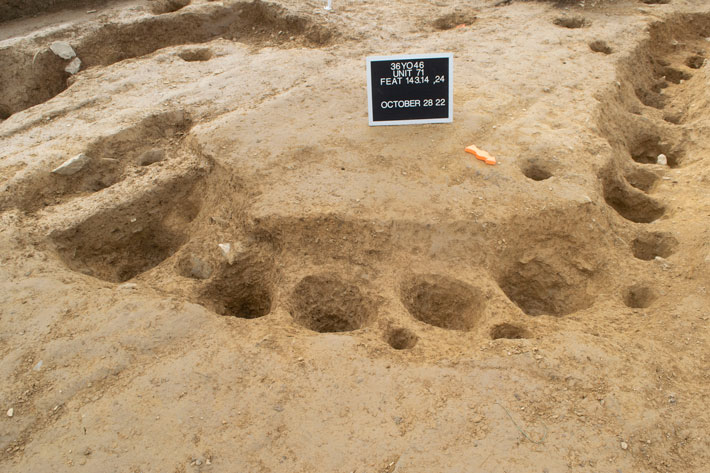 YORK, PENNSYLVANIA—According to an Associated Press report, postholes from the stockade that once surrounded Camp Security, a Revolutionary War–era prison camp, have been found in south-central Pennsylvania by archaeologist John Crawmer and his colleagues. The camp housed more than 1,000 English, Scottish, and Canadian privates and noncommissioned officers taken prisoner at the 1781 Battle of Yorktown, Virginia, until the British surrender at Saratoga in 1783. Crawmer thinks the posts that made up the stockade may have been reused elsewhere when the war was over. The researchers plan to look for the complete outline of the structure and look for artifacts within it and around it. “We’ll be able to start answering questions about where people were sleeping, where they were living, where they were throwing things away, where the privies are,” he said. No human remains have been found at the site to date, but historic records indicate that a “camp fever” might have killed some of the prisoners. To read about a Revolutionary War–era frontier fort unearthed in Georgia, go to "Small Skirmish in the War for Freedom."