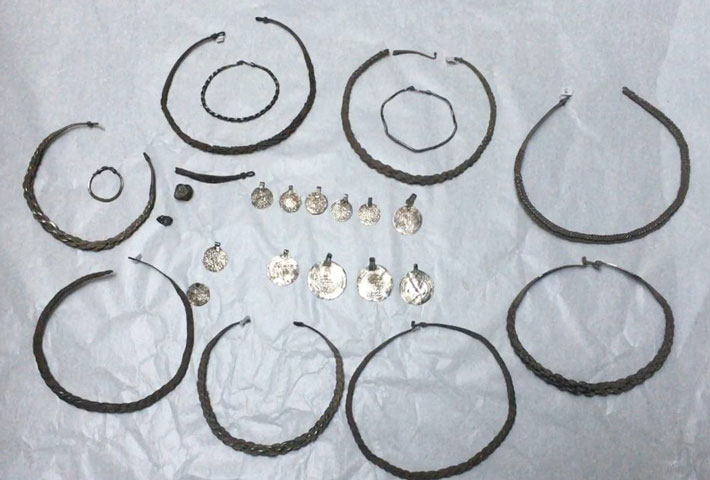 STOCKHOLM, SWEDEN—A trove of silver objects dating to some 1,000 years ago was uncovered beneath the remains of a building at a Viking Age settlement outside Stockholm, according to a statement released by Sweden's National Historical Museums. Thus far, archaeologists have unearthed more than 20 houses and other buildings at the site, which was occupied from at least A.D. 400 through the early Middle Ages. The artifacts in the hoard include pearls, neck and arm rings, and coins from both the European and Arab worlds. It is unclear why these objects were buried, said archaeologist John Hamilton, though a common assumption is that people hid items during particularly difficult or troubling times. To read about a massive cache of Viking silver and Anglo-Saxon heirlooms, go to "Secrets of Scotland's Viking Age Hoard."