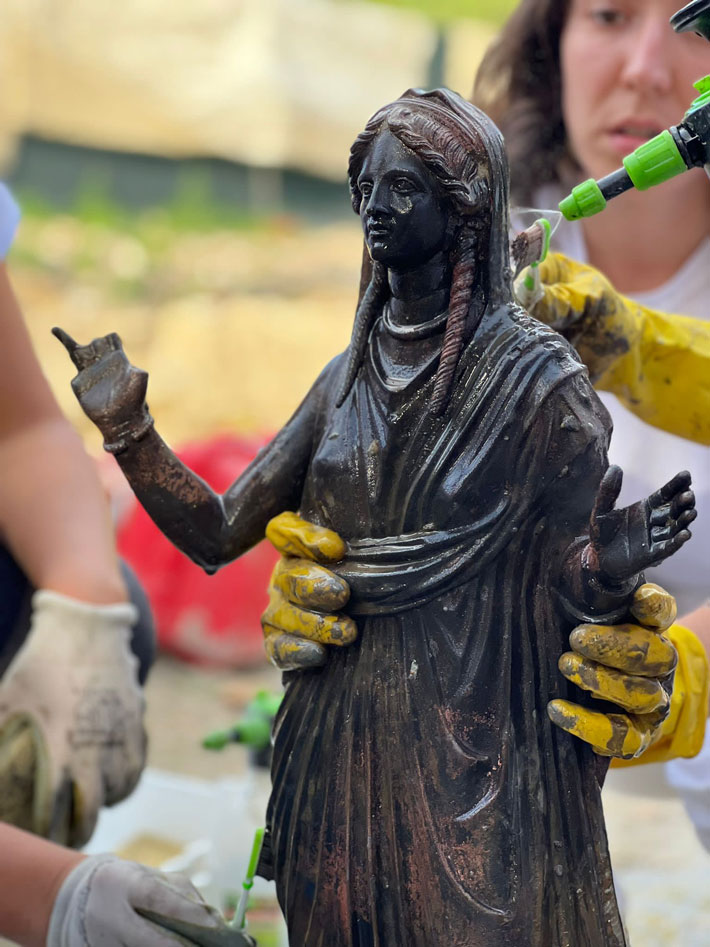 ROME, ITALY—According to a report in The Guardian, 24 bronze statues dated to the first and second centuries B.C. have been discovered in a network of 2,300-year-old Etruscan baths among the hot springs of Tuscany’s San Casciano dei Bagni by a team of researchers led by archaeologist Jacopo Tabolli of the University for Foreigners of Siena. The sculptures include an adolescent male, or ephebe, lying next to Hygeia, the goddess of health, who wears a snake wrapped around her arm; a statue of Apollo; and statues of matrons, children, and Roman emperors. Thousands of coins, fountains, altars, votive offerings, and inscriptions written in Etruscan and Latin have also been found. Visitors to the baths may have thrown the coins into the waters for good luck, Tabolli explained. The baths were in use into the fifth century A.D., when the statues were left in the water and the pools were sealed with stone pillars. “It is the greatest store of statues from ancient Italy and is the only one whose context we can wholly reconstruct,” he concluded. To read about Roman-era bronze figurines recovered from the ancient Mediterranean harbor of Caesarea, go to "Sun and Moon."