When Did Cooking Begin? 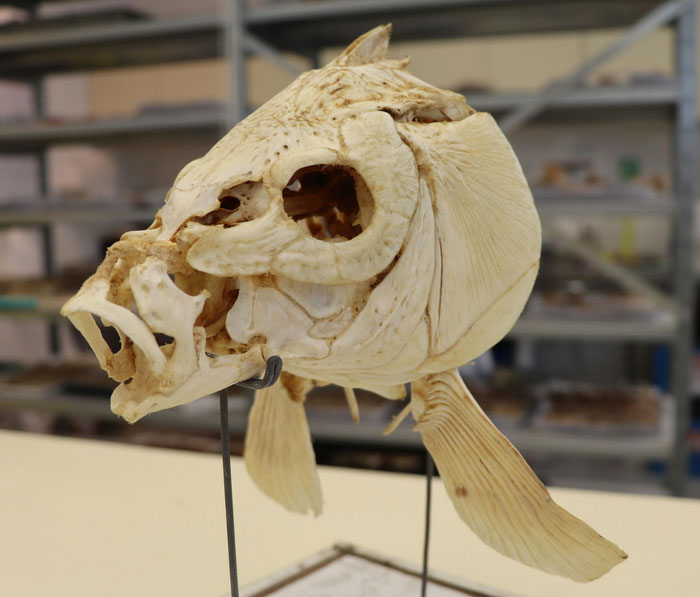 TEL AVIV, ISRAEL—Hominins living in what is now northern Israel some 780,000 years ago may have cooked their fish before eating it, pushing back the advent of cooking by some 600,000 years, according to an Agence France-Presse report. Irit Zohar of Tel Aviv University examined fish remains unearthed at the site of Gesher Benot Ya’aqov, which was once on the shores of a lake. One area of the site contained nearly no fish bones, but a lot of fish teeth and some burned flints. This could indicate that the bones had softened and disintegrated when burned at high temperatures, leaving just the teeth behind, Zohar explained. Most of these teeth belonged to a species of carp that can grow to more than six feet long. Examination of the fish teeth with X-ray powder diffraction at London’s Natural History Museum revealed changes in the structure of the tooth enamel caused by heating at high temperatures, perhaps in an oven made of earth, she added. Critics note that the bones could have also been thrown in the fire to dispose of them, however. To read about evidence for cooking fish in pottery 15,000 years ago, go to "World Roundup: Japan."