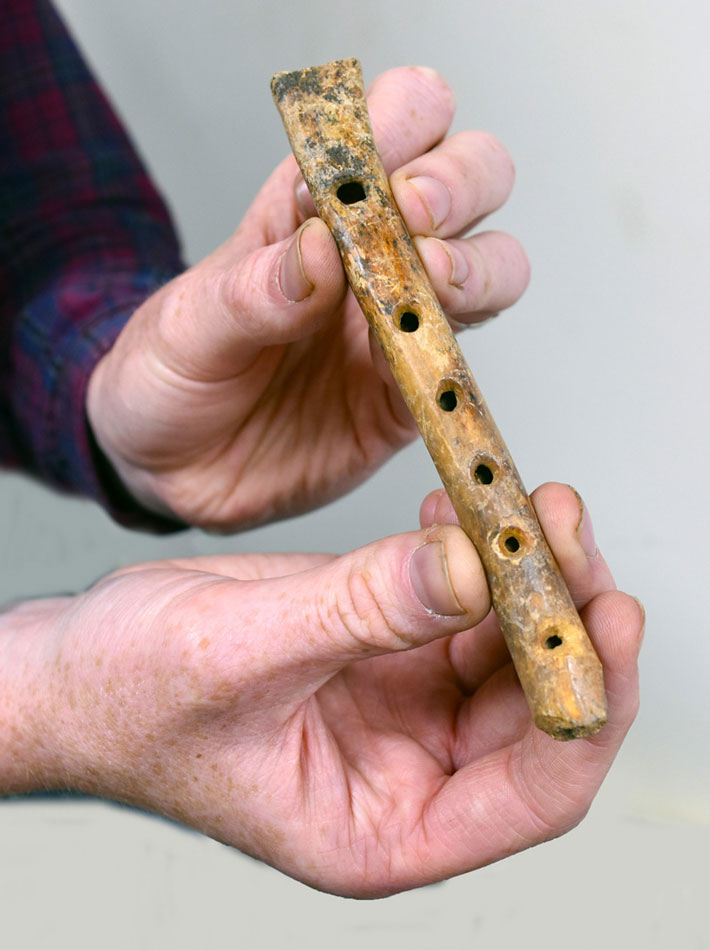 KENT, ENGLAND—A fipple flute has been unearthed near the coast of southeastern England by researchers from Cotswold Archaeology who are investigating the site of a medieval building that may have been used for baking bread or brewing beer, according to a BBC News report. The flute is thought to have been carved from a sheep or goat tibia sometime between the thirteenth and fifteenth centuries. It has five finger holes on its top and a thumb hole on its back. A mouthpiece has not been recovered. To read about a musical instrument carved out of a human femur, go to "Bronze Age Keepsakes."