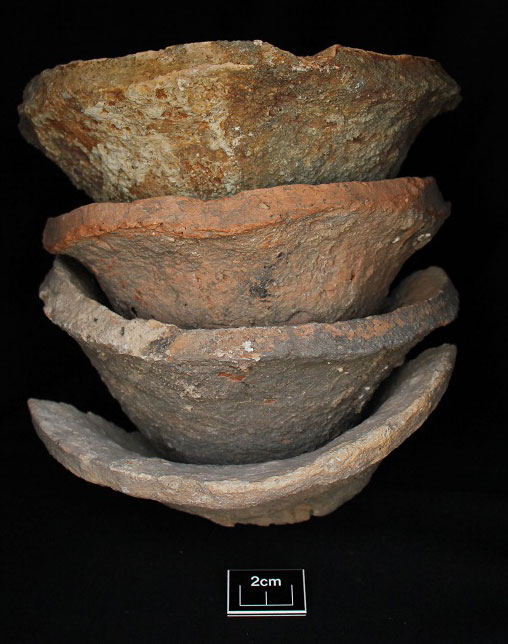 GLASGOW, SCOTLAND—According to a statement from the University of Glasgow, Claudia Glatz of the University of Glasgow and her colleagues analyzed animal fat residues found in 5,500-year-old beveled rim bowls from the site of Shakhi Kora in northeastern Iraq. The study suggests that the mass-produced, thick-walled conical vessels, which are found across what was Mesopotamia, were used to serve a variety of foods, but most often were used with dishes containing meat, such as stews or broths flavored with bone marrow, Glatz explained. It had been previously thought that beveled rim bowls were used as bread molds, and to measure cereal grains for distribution to laborers or for the purposes of taxation. How the bowls were used varied locally, Glatz concluded. Read the original scholarly article about this research in Journal of Archaeological Science: Reports. To read about the remnants of a Sumerian boat uncovered in southern Iraq, go to "Sailing in Sumer."