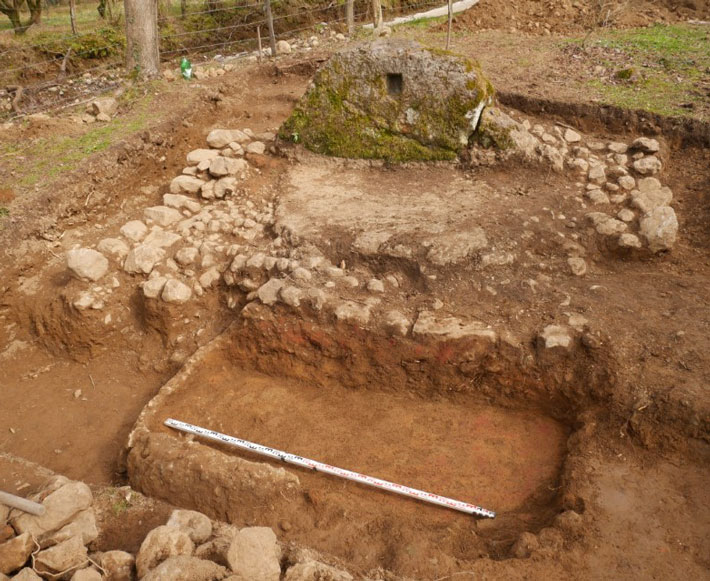 WARSAW, POLAND—Science in Poland reports that a winepress was discovered in southwestern Georgia near the site of a Roman fort during a laser scanning survey conducted by a team of researchers led by Shota Mamuladze of the Agency for the Protection of Cultural Heritage of Adjara and Radosław Karasiewicz-Szczypiorski of the University of Warsaw. The winepress was likely part of a farm that produced wine for the troops garrisoned at Apsaros in the second and third centuries A.D., Karasiewicz-Szczypiorski said. “From the point of view of the military regulations, this area should be clear,” he explained. “But people have always been interested in doing business. Therefore, brothels were built near this and other Roman camps, and, in this case, a winepress.” The winepress may have even been owned by retired Roman soldiers, he added. It was built in the local fashion, but sealed with Roman mortar, in clear exchange of ideas, Karasiewicz-Szczypiorski concluded. To read about the earliest evidence of winemaking in France, go to "French Wine, Italian Vine."