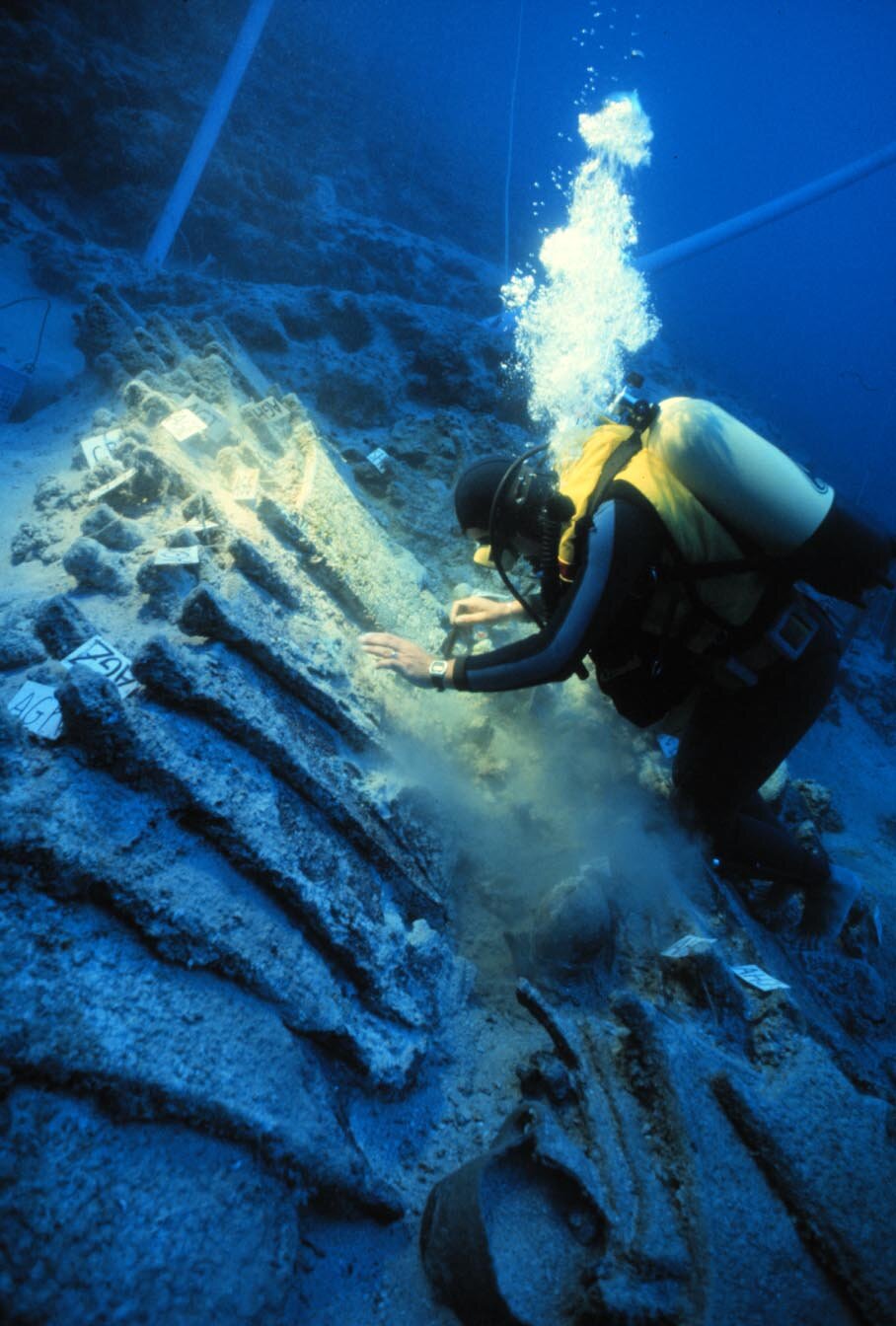 ST. LOUIS, MISSOURI—According to a statement released by Washington University in St. Louis, a team of researchers led by Wayne Powell of Brooklyn College has analyzed the chemical composition of tin ingots recovered from Turkey’s Uluburun shipwreck, which sank some 3,300 years ago. The scientists determined that about one-third of the tin on the vessel came from the Mušiston mine, which is located in what is now Uzbekistan. This mine was situated more than 2,000 miles from Haifa, where the ship is believed to have taken on its cargo. Michael Frachetti of Washington University in St. Louis said that the small communities of highland pastoralists who mined this ore must have been connected to overland trade routes that connected them to the Mediterranean region. The rest of the tin on the ship came from Anatolia’s Kestel mine, and was likely produced by the Hittites who controlled it, he added. There was enough copper and tin on the Uluburun ship to produce more than enough high-quality bronze to fashion some 5,000 swords, Frachetti concluded. Read the original scholarly article about this research in Science Advances. For more on the shipwreck's discovery and excavation, go to "History's 10 Greatest Wrecks...Cape Gelidonya and Uluburun."