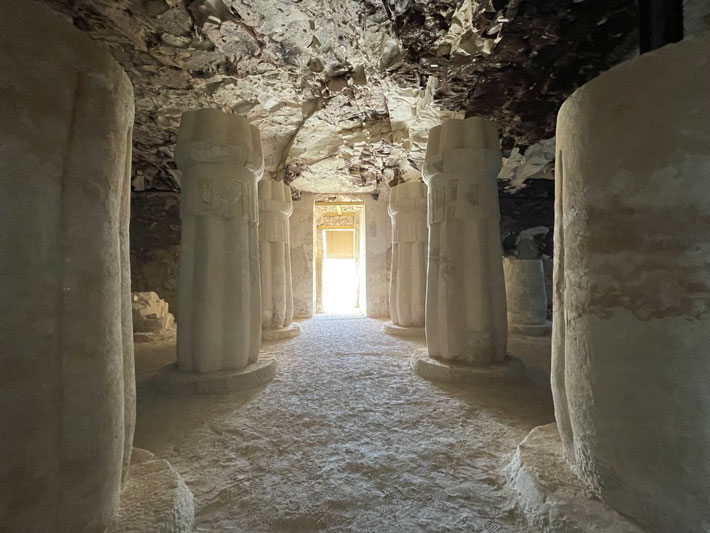 LUXOR, EGYPT—According to an EFE report, two tombs containing the mummified remains of dozens of senior officials and clergy have been found by a team of Egyptian and Spanish archaeologists from the Vizier Amenhotep-Huy Project. Amenhotep-Huy served as vizier in the 18th Dynasty under the pharaoh Amenhotep III, who reigned from about 1390 to 1352 B.C., but he opposed religious practices promoted by Akhenaten, the pharaoh’s son. “He is a very important person,” commented team leader Francisco J. Martín. Two chambers connect the newly discovered tombs to the vizier’s tomb, a chapel with 30 columns located on the west bank of the Nile River. “They began to build other tombs from different dynasties within the vizier’s tomb, since the place was sacred,” Martín explained. To read about monuments built by Amenhotep III in Thebes, go to "Rediscovering Egypt's Golden Dynasty."