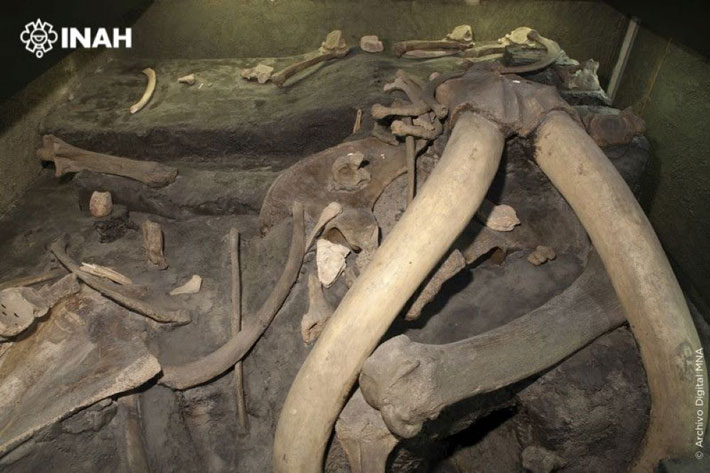 MEXICO CITY, MEXICO—According to a Mexico News Daily report, researchers led by Patricia Pérez Martínez of Mexico’s National School of Anthropology and History (ENAH) re-evaluated mammoth bones and stone tools recovered during a construction project in central Mexico in the 1950s. Martínez and her colleagues determined that the objects came from a site that served as a seasonal hunter-gatherer camp on the shores of Lake Texcoco some 9,000 years ago. The tools, originally thought to have been projectile points, may have been knives used for butchering, she said. The camp is unusual, Martínez explained, because similar camps are usually found in caves and rock shelters in mountainous regions of northern Mexico, and not in the open air. Fish bone fragments found at the site suggest that these hunter-gatherers also caught fish in the lake and cooked them with charcoal. The team will continue to study the collection of bones and artifacts, and return to the site to collect soil samples for analysis and conduct additional excavations, Martínez added. To read about a remarkably preserved collection of wooden artifacts recovered at the foot of the Templo Mayor in Mexico City, go to "Aztec Offerings," one of ARCHAEOLOGY's Top 10 Discoveries of 2022.