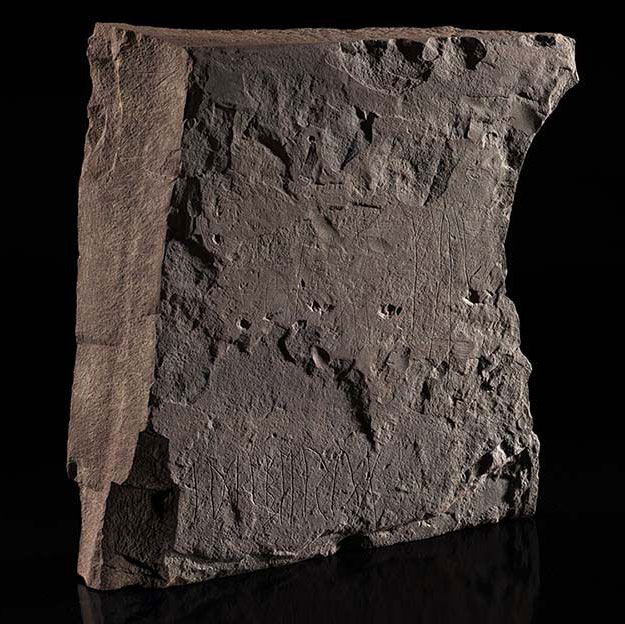 OSLO, NORWAY—The Guardian reports that a runestone estimated to be up to 2,000 years old has been found in a cremation pit in southern Norway. “This find will give us a lot of knowledge about the use of runes in the early Iron Age,” said Krestel Zilmer of the University of Oslo. “This may be one of the first attempts to use runes in Norway and Scandinavia on stone,” she added. Zilmer thinks the runes were carved on the brownish piece of sandstone, which has been dubbed the “Svingerud Stone,” with the tip of a knife or a needle. The writing may name a man, woman, or family, she concluded. To read about new interpretations of a five-ton runestone unearthed in Sweden, go to "The Emperor of Stones."