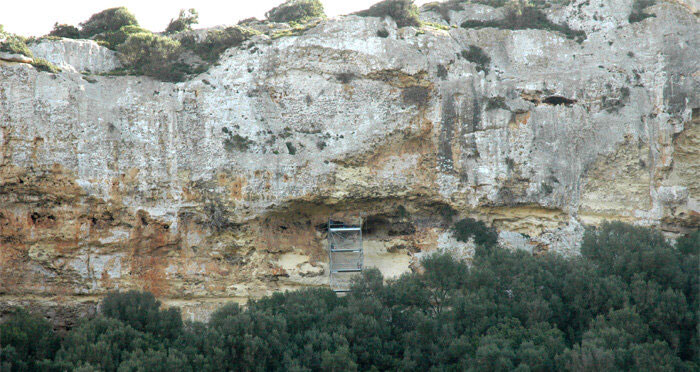 BARCELONA, SPAIN—According to a statement released by the University of Barcelona, researchers Assumpció Malgosa, Carlos Tonero, Pau Sureda, Xavier Jordana, and Filiana Sotiriadou analyzed the levels of stables isotopes of carbon and nitrogen in samples of collagen taken from 49 sets of human remains from the Talayotic culture dated to between 2,800 and 3,600 years ago. They found that the individuals, who were all buried in the Cova des Pas necropolis on the Balearic Island of Menorca, had equal access to food. The diet shared by all, regardless of sex or age, consisted of local plants, including cereals such as wheat, and meat from goat and sheep herds. “Contrary to what has been seen in other settlements of the same period in Formentera or Mallorca, the consumption of marine food resources would have been occasional in these individuals,” Tornero said. The study also determined that children were breastfed until about four years of age. Equal access to food suggests that the people living on Menorca were socially egalitarian. Other studies of the remains from Cova des Pas have found no differences in life expectancy or in the treatment of the burials, Malgosa added. Read the original scholarly article about this research in Archaeological and Anthropological Sciences. To read about a rich burial of the Bronze Age El Argar culture uncovered in southeast Spain, go to "Crowning Glory."