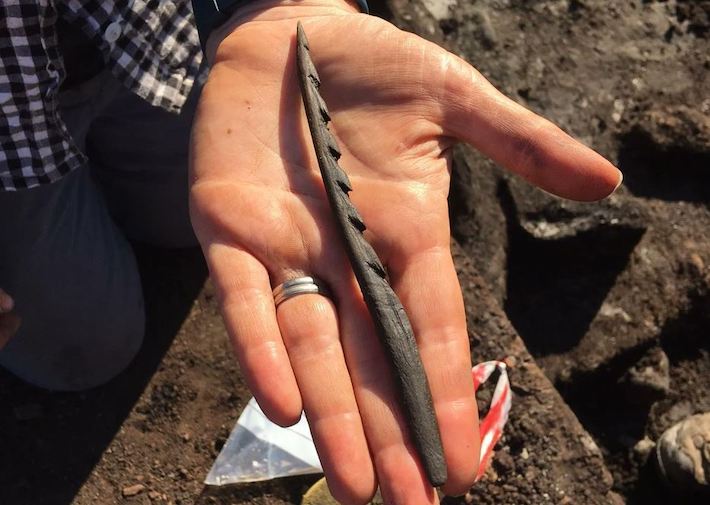 SCARBOROUGH, ENGLAND—BBC News reports that traces of a Mesolithic settlement dated to some 10,500 years ago have been found in North Yorkshire by Nick Overton of the University of Manchester and his colleagues. The butchered bones of elk, red deer, beavers, and water birds; tools; decorated weapons made of bone and antler; and evidence of woodworking are among the finds that have been recovered. Overton said that the site, which has been preserved by thick layers of peat, was once situated along the shores of a lake. He thinks the animal bones and the weapons used to kill the animals were intentionally deposited in wetlands on the lakeshore according to strict social rules. Team member Amy Gray Jones of the University of Chester explained that this careful disposition of animal remains and important items, and the decorations found on the artifacts, suggest that the Mesolithic inhabitants were not struggling to survive, but understood the landscape and the animals that lived in it. To read about an 11,000-year-old shale pendant unearthed in North Yorkshire, go to "Mesolithic Markings."