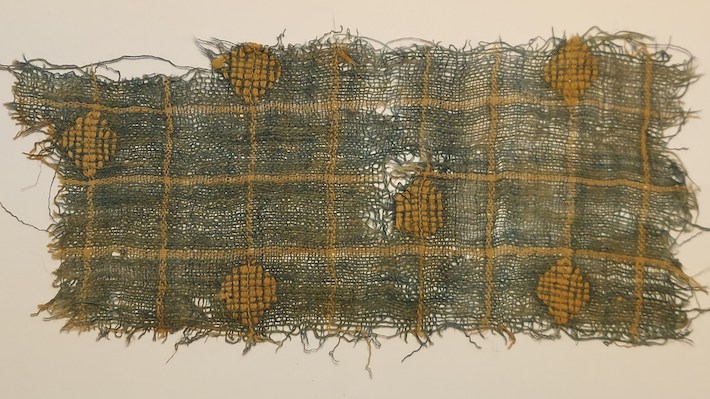 HAIFA, ISRAEL—The Jerusalem Post reports that cotton and silk fabric that may be evidence of trade with the Far East some 1,300 years ago have been found in Israel’s Arava desert by a team of researchers including Guy Bar-Oz of the University of Haifa and Roy Galili of Ben-Gurion University, Orit Shamir of the Israel Antiquities Authority, Britt Hildebrandt of the University of Gottingen, and Nofar Shamir of the University of Haifa. The scraps of colorful fabrics, which were recovered from a seventh-century A.D. garbage deposit at the Nahal Omer site, are thought to have been made in China, India, and Sudan. “The findings include a large number of imported materials including textiles with typical decorative patterns originating from India and silk items from China that had not yet been discovered in Israel during this period,” Shamir said. “The richness and abundance of the finds indicates the great demand for luxury products from the East.” The trade route could have passed through the Negev and the Arava to connect the region to Mediterranean ports and the main Silk Road, Bar-Oz explained. To read about a once thriving Jewish community known as the Beta Israel, go to "Letter from Ethiopia: Exploring a Forgotten Jewish Island."