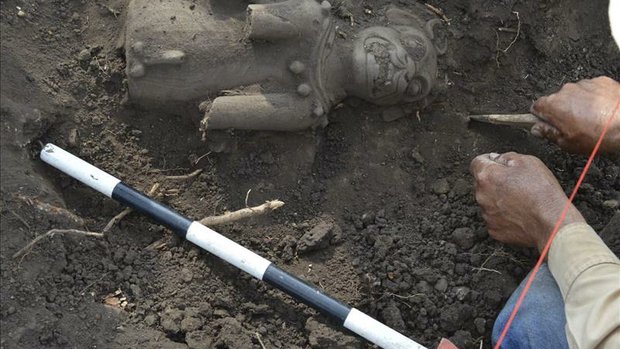 SAN SALVADOR, EL SALVADOR—More than 100 sculpture fragments of five or six cat-like creatures and two censers have been uncovered at the site of Cihuatán in central El Salvador. The sculptures may have been of jaguars, but they are lacking spots. “It is estimated that Cihuatán was occupied between 1000 and 1200 A.D., and that its first inhabitants came from central Mexico, where they had abandoned their villages after the Mayan collapse,” said a statement from the office of El Salvador’s Culture Secretariat.