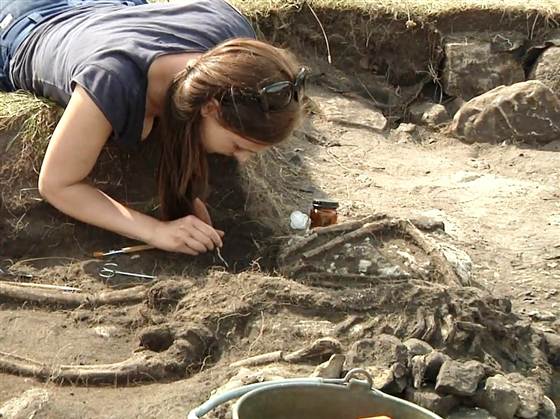 ÖLAND, SWEDEN—The remains of five individuals have been unearthed in a small house within a fifth-century ring fort on the island of Öland. They had died violently, and are thought to have been left where they fell since the dead were usually cremated at this period in Scandinavian history. “It’s a day in the life of the Migration Period, and that’s completely unique. We have nothing to compare it to,” said Helena Victor of the Kalmar County Museum. The excavation team estimates that the remains of hundreds of people killed during a well-organized raid could be spread throughout the fort. Archaeologist Nicolo Dell’Unto of Lund University is constructing 3-D models of the site that may help researchers discern what happened.