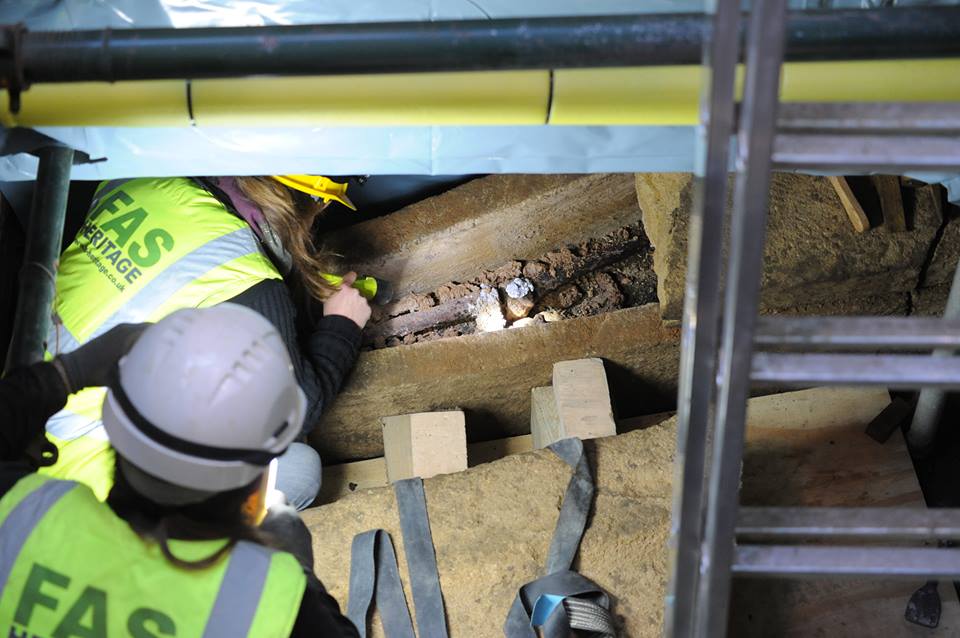 LINCOLNSHIRE, ENGLAND—An Anglo-Saxon sarcophagus discovered within an old church wall beneath Lincoln Castle has been opened. Inside, researchers discovered the remains of a person who had been wrapped in a finely-woven textile. “The first step was to take a 3-D scan of the coffin itself. Then we carefully opened it up to see what was inside. The body appeared to be wearing leather boots or shoes,” said Mary Powell of the Lincoln Castle Revealed project. Lincoln Castle was built more than 900 years ago by William the Conqueror.