Who Built the Great Serpent Mound? 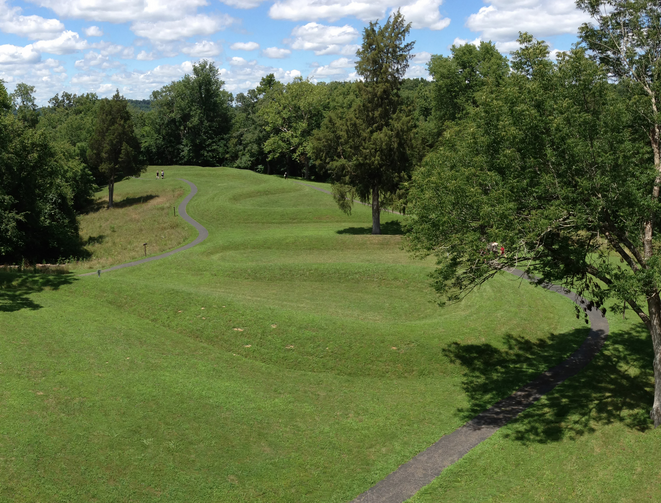 ADAMS COUNTY, OHIO—In the late nineteenth century, Frederic Ward Putnam excavated two mounds near Serpent Mound, and he found artifacts and villages belonging to the Adena and the Fort Ancient cultures. Studies conducted in the 1990s dated the structure to A.D. 1120, or the Fort Ancient culture. But recently, scientists have dated charcoal pieces recovered from soil cores taken across Great Serpent Mound. The samples have yielded dates between 400 and 80 B.C., suggesting that the effigy was created by the Adena culture. The charcoal, however, was found scattered throughout the soil and may have been from old Adena fire pits that were dug up by later Fort Ancient builders.