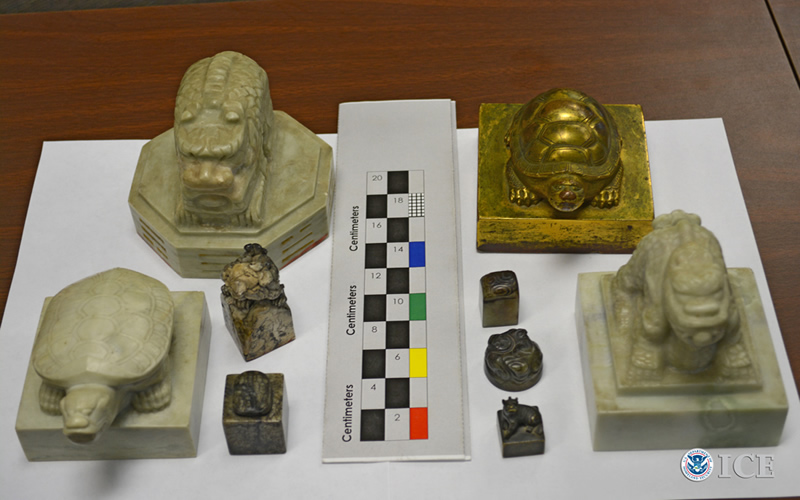 SAN DIEGO, CALIFORNIA—Three national seals of the Korean Empire, one royal seal of the Korean Empire, and five signets of the Joseon Royal Court were seized by U.S. customs agents after someone attempted to have them appraised by an antiques dealer who alerted authorities. The seals were handed over by the family of a U.S. Marine who had been deployed to Korea in 1950. He had found them in a ditch near Deoksugung Palace, which had been ransacked by Chinese and North Korean soldiers. “The nine Korean seals recovered by HSI are invaluable to South Korea as they represent Gojong, the first emperor of the Korean Empire,” said Young Dae Park of the South Korean Cultural Heritage Administration.