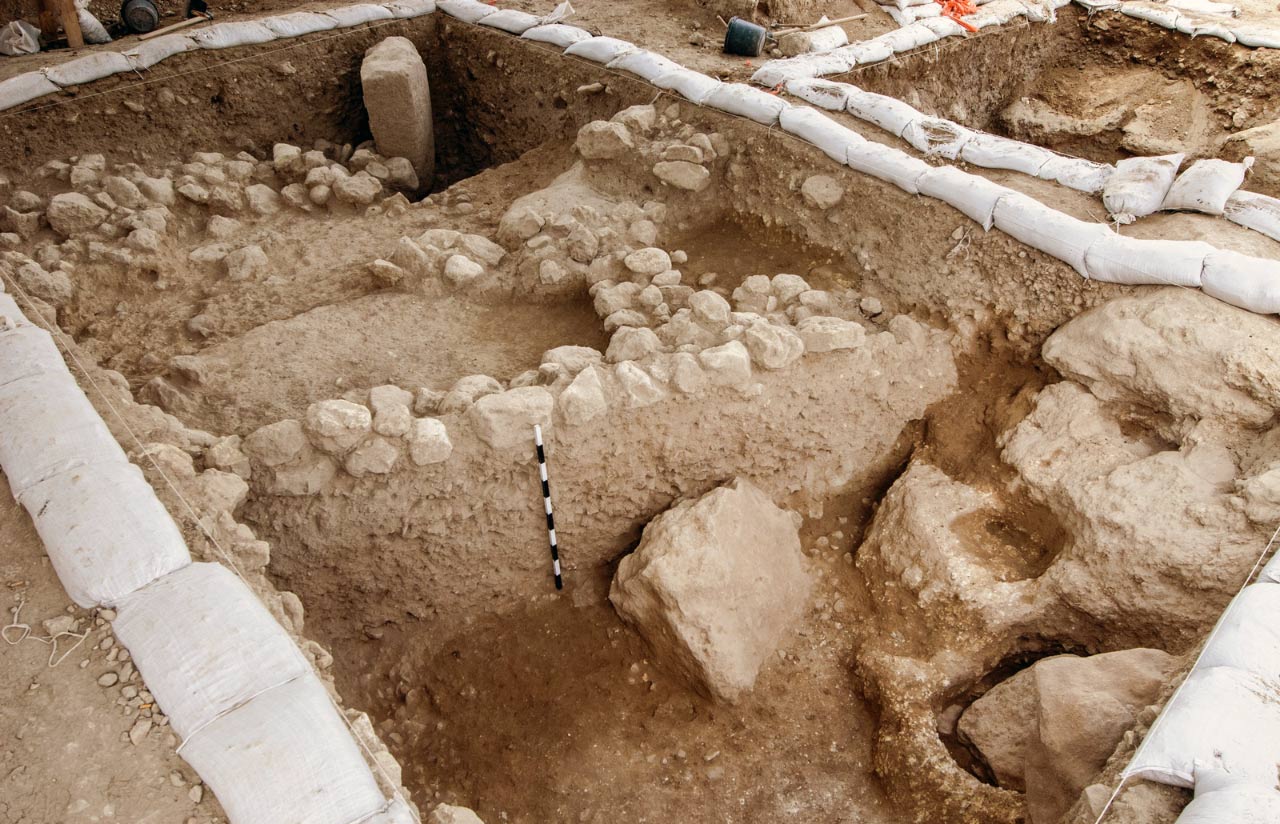 BEIT SHEMESH, ISRAEL—Archaeologists from the Israel Antiquities Authority have uncovered evidence of a 10,000-year-old settlement in the Shfela region of the Judean Hills, where a dangerous road is being widened. The site had been occupied for thousands of years, and shows the transition from living in temporary structures and hunting and gathering to living in permanent dwellings and farming and domesticating animals. “We can clearly trace the urban planning and see the guiding hand of the settlement’s leadership, which chose to regulate the construction in the crowded regions in the center of the settlement while allowing less planning along its periphery,” said archaeologist Amir Golani. One of the structures has the oldest known plaster floor in the region, and near it, the team unearthed a cluster of flint and limestone axes.